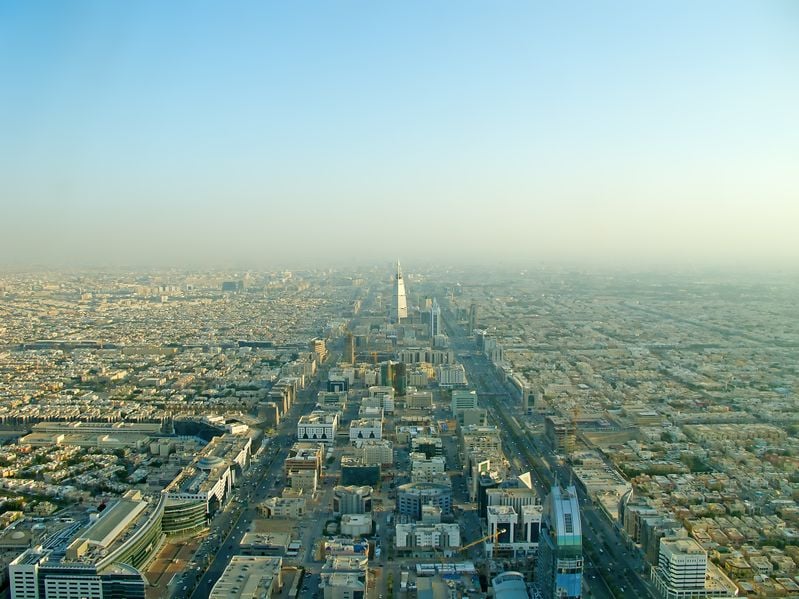 A royal decree in Saudi Arabia has shaken up the way in which the government allocates vast tracts of land, removing an obstacle to a $67 billion programme to ease the country’s housing shortage.

King Abdullah originally announced the housing scheme in March 2011. His plan to build 500,000 homes over several years was part of a series of official steps to improve social welfare, at a time when social discontent was prompting uprisings in other Arab countries.

But the housing programme has been slow to get underway, partly because of difficulties in obtaining land – an example of how inefficiencies in Saudi Arabia’s economy can slow its growth, despite its oil wealth. Last week’s royal decree may push the programme forward by opening up thousands of acres of state-owned land for construction.

“The decree is an important step that begins to address the gap between demand and supply of land in order to begin building the amount of units promised,” said John Sfakianakis, chief investment strategist at MASIC, a Riyadh-based investment firm.

“It should eventually, as more allocations become available to the ministry of housing, bring down the price of land. Land prices, especially in Riyadh, can only come down if more land is made available as the majority of land still remains idle.”

Saudi Arabia has lagged poorer countries in providing housing to its citizens. Some 60 per cent of nearly 20 million Saudis are estimated to live in rented accommodation rather than homes they own, and much of the housing is in poor condition, said Mike Williams, head of research at the CBRE property consultancy in neighbouring Bahrain.

Because of the housing shortage, rising rents have been a major source of inflation; rents nationwide rose 3.7 per cent from a year earlier in March, though that was far below a peak of 29.7 per cent seen in 2008. Apartment rents in Riyadh jumped eight per cent last year, estimates Jones Lang LaSalle.

Faisal al-Dekheel, a 25-year-old government employee, is one person who has grappled with the shortage. He wanted to rent a cheap apartment in Riyadh that would spare him a commute to work of up to 95 minutes, but found he would have to pay an annual rent of SAR60-80,000 ($16,000-$21,300).

“I cannot afford such an amount. It is impossible,” said Dekheel, who eventually settled for an apartment costing SAR26,000 a year in the distant eastern suburbs of city. “This is not an easy amount too.”

Part of the problem is that the Kingdom’s wealthy have snapped up residential land plots around the country as long-term investments, making them too costly to use for lower-income housing.

Complicating the situation, many plots remain undeveloped because they were given to citizens under a previous system of land grants, and the recipients lacked the money to build on their land.

“The Ministry of Municipal and Rural Affairs has distributed around 2.2 million plots in this way, but there is no data recording how these plots have actually been utilised,” Williams said in a research report.

“There is the possibility that most of them remain undeveloped, and therefore these grants are proving insufficient in addressing housing needs in the Kingdom.”

In March, local media quoted Housing Minister Shuwaish al-Duwaihi as saying his ministry was able to obtain only a third of the land it needed to carry out housing projects. Ministry officials were not available to elaborate on his comments.

A lack of affordable bank financing is another constraint on home ownership. Partly because of Islamic sensitivities, there are no clear legal provisions for letting banks take away a borrower’s home if he defaults on a housing loan; this causes banks to charge high rates on the loans which they extend.

“The long-documented lack of security for mortgage lenders means that risk is priced into such products, making them unaffordable to all but a few,” Williams said.

Two years after King Abdullah originally announced the housing scheme, last week’s decree may finally put it into top gear. The king instructed the Ministry of Municipal and Rural Affairs to hand over municipal lands immediately to the Ministry of Housing, which was told to build infrastructure such as roads on them before distributing them to citizens, who would build homes with loans granted by the housing ministry.

The Ministry of Finance was ordered to approve funds for the infrastructure construction. The king also told other departments to provide the housing ministry with the data it needed to decide which citizens were eligible for the land grants and loans – a key issue to avoid waste and corruption.

Even if all the government agencies cooperate smoothly, however, the scale of the task means it is likely to be many years before Saudi Arabia reaches the levels of home ownership – around two-thirds – enjoyed by other rich countries such as the United States and Britain.

The housing ministry said in January it would need a year just to prepare the mechanism for deciding citizens’ eligibility for land grants. Administering it may be a slow process in a country where the state bureaucracy is not known for its efficiency.

Bottlenecks in the construction industry may then delay the delivery of homes. One current bottleneck is in the supply of cement; last week King Abdullah ordered the import of 10 million tonnes to ease a shortage and called for three or four cement plants to be built over the next three years, granting SAR3 billion towards the scheme, state news agency SPA reported.

“In my calculation, I’ve put 10 years to finish the whole project,” Fahad Alturki, senior economist at Jadwa Investment in Riyadh, said of the housing programme.

With Saudi Arabia’s population expected to grow by 2.1 per cent annually in 2010-2015, well above the global average of 1.1 per cent, according to a central bank report, the current housing programme may need to be followed by others. In January, minister Duwaihi told local MBC television the country needed 1.1 million housing units.

Dekheel said he was optimistic about buying his own home eventually, but was not expecting it to happen soon. “For sure I will apply to get a land and loan,” he said, adding: “It is going to take at least five years until the youth can have access to this.”