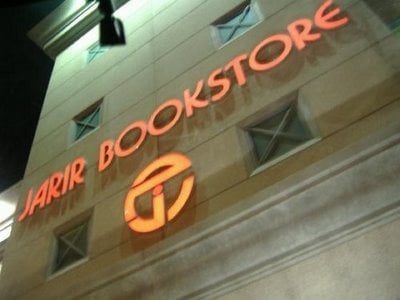 Jarir Marketing, Saudi Arabia’s second-largest listed retailer by market value, beat analysts’ estimates as it posted a 25.5 per cent increase in fourth-quarter net profit on Wednesday on the back of higher turnover.

It made a net profit of SAR200.8 million($53.5 million) in the three months to Dec. 31, compared to SAR160 million in the same period a year earlier, it said in a bourse statement.

Seven analysts polled by Reuters had forecast, on average, a quarterly net profit of SAR183.1 million.

The company said estimated turnover in the fourth quarter of 2014 was SAR1.58 billion, up 20 pe rcent on the corresponding period of the previous year.