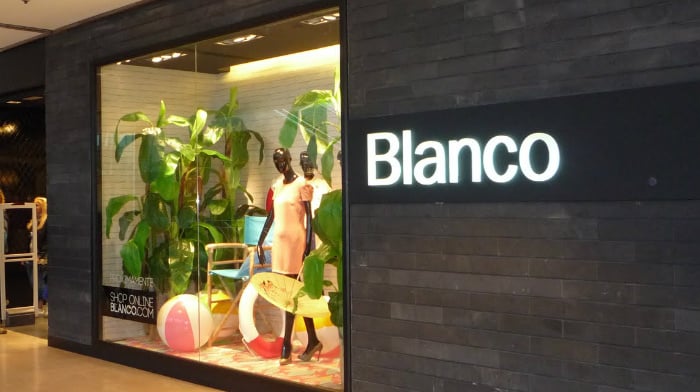 Fawaz Abdulaziz Alhokair Co. , the Saudi retailer which franchises brands such as Zara and Marks and Spencer in the Kingdom, is studying three to five acquisition targets in the United States and United Kingdom, a company executive said on Monday.

The firm, the largest listed retailer on the Saudi stock market, also aims to sell its debut Islamic bond in the next 12 months.

Alhokair, which completed the purchase of Spanish clothing brand Blanco last month for 11 million euros, was talking to respective parties but would only close deals if they were a right fit, Rob Cass, chief strategy officer, told reporters on the sidelines of a finance conference in Dubai.

“We are looking at other opportunities, similar type brands that we believe have got the capabilities to grow,” Cass said, referring to Blanco.

The firm was talking to ‘top-tier international banks’ for potential advisory roles on the transactions but hadn’t appointed anyone yet. He wouldn’t be drawn on further details, except to say the deals could complete in the next financial year, which begins on April 1.

Alhokair, which currently has 1885 stores across 20 markets predominantly in the Middle East and the CIS countries, is forecast to record sales of between SAR5.5 and SAR5.7 billion ($1.47-1.52 billion) for the current financial year, with net profit in the range of SAR760-810 million, Cass said.

This would indicate a fourth-quarter profit of around SAR180-230 million, based on the firm’s nine-month results, up from SAR136 million in the prior-year period.

At the current rate, the business was opening a new store every 18 hours, Cass said, with the firm planning to open 404 stores globally in the next financial year.

Of these, around half will be in Saudi Arabia, with 42 in the United States and 24 in Egypt. The company also aims to open 45 stores for its new INC value brand, with around 30 Blanco stores outside of Spain across Alhokair’s geographical footprint.

Saudi Arabia’s retail market is highly regarded by investors and companies, given its favourable demographics – about 60 per cent of the population is under 30 – and its growing per capita income.

Alhokair is planning to sell its maiden sukuk in the next financial year and has mandated banks to arrange the transaction, Cass said, declining to name which lenders had been picked.

Saudi firms are increasingly turning to the Islamic bond market for their financing needs as they look to diversify their funding sources away from traditional bank finance and tap highly-liquid local investors.

“There is going to be large interest for this and it’s going to be well subscribed, because it’s a great group and a great story,” Cass said.