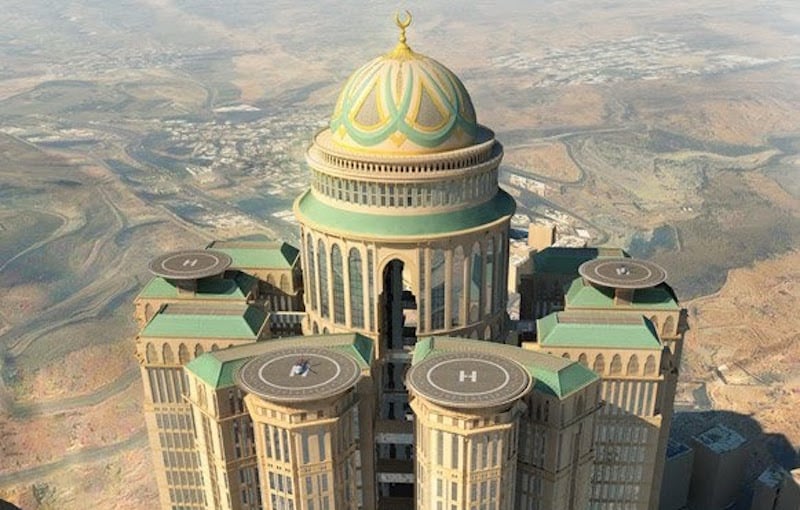 Saudi Arabia is set to restart work on one of the world’s largest hotel projects, the $3.5bn Abraj Kudai in Makkah, where a financial squeeze halted construction in 2015.

When completed, the Abraj Kudai is meant to have about 10,000 rooms, 70 restaurants, several helipads and a section reserved for the Saudi royal family.

Renewed plans for the government-funded project signal Riyadh is again willing to spend on strategic economic development projects such as tourism and are a boost for Saudi Binladin Group, the company leading the construction.

Saudi Binladin, one of the country’s biggest construction conglomerates, has been hit hard by a slump in the building sector after low oil prices slashed Saudi Arabia’s export revenues and forced the government into austerity policies.

Sub-contractors have been asked to submit pricing proposals to Saudi Binladin by mid-September, sources familiar with the matter, who declined to be named, told Reuters.

“With a clearer grasp on its finances, the government has allocated a portion of its budget towards completing key projects,” an executive in the Binladin group told Reuters.

A spokesman for the group could not be reached for comment, and the Ministry of Finance declined to comment.

Saudi Binladin Group is estimated by bankers to have debt of around $30bn and earlier this year its creditors agreed to extend a SAR4bn ($1.1bn) Islamic credit facility to pay for building work at Makkah’s Grand Mosque.

“The Ministry of Finance is taking a lead role in the hotel project … This is positive for the banking sector,” one Saudi banker told Reuters.

Saudi state finances have strengthened somewhat this year because of moderately higher oil prices and cost-cutting. The state budget deficit shrank to SAR46.5bn ($12.4bn) in the April-June period from about SAR58.4bn a year ago, Ministry of Finance data showed on Sunday.

The government is keen to create jobs and reduce its dependence on the oil sector by developing industries such as tourism, particularly Islamic tourism.

The annual haj pilgrimage attracts about two million pilgrims to Makkah and the government’s economic reform plan envisages boosting that number to 2.5 million by 2020.

A planned opening date for the Abraj Kudai has not yet been confirmed, but one source said it would take at least 2-1/2 years to complete.