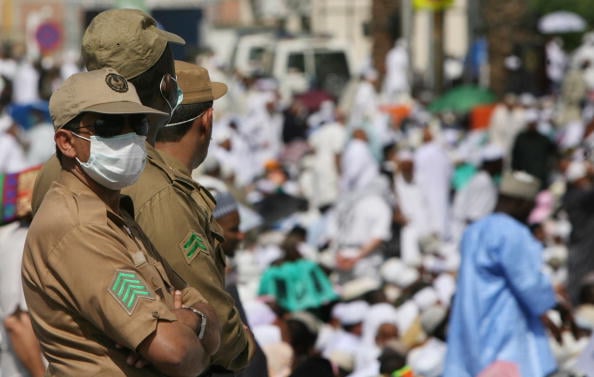 Four more people in Saudi Arabia have been infected with the SARS-like Middle East Respiratory Syndrome (MERS) virus and one of them – an elderly man – has died, the World Health Organisation (WHO) said on Friday.

The new infections, including in two health workers from Riyadh who have not reported any adverse symptoms, bring the worldwide total of confirmed cases of the respiratory disease to 170 with 72 deaths, the United Nations health agency said.

MERS first emerged in the Middle East in September 2012 and is from the same family as the SARS virus, can cause coughing, fever and pneumonia.

Cases have been reported in Saudi Arabia, Qatar, Kuwait, Jordan, United Arab Emirates, Oman, and Tunisia as well as in several countries in Europe, and scientists are increasingly focused on a link between the human infections and camels as a possible “animal reservoir” of the virus.

In Friday’s update, the WHO said the latest MERS death – a 73 year-old man from Riyadh – had reported having contact with animals but had no travel history outside the Riyadh region.

The fourth case, in a 53-year-old man from Riyadh, was after contact with a previously confirmed MERS case. He was hospitalised on November 26 and is currently receiving treatment in an intensive care unit, it said.

Dutch and Qatari scientists published research earlier this month that proved for the first time that MERS can also infect camels – strengthening suspicions that these animals, often used in the region for meat, milk, transport and racing, may be a source of the human outbreak.

The WHO said people at high risk of severe disease due to MERS should “avoid close contact with animals when visiting farms or barn areas where the virus is known to be potentially circulating”.

For the general public it advised normal hygiene steps such as hand washing before and after touching animals, avoiding contact with sick animals and good food hygiene practices.