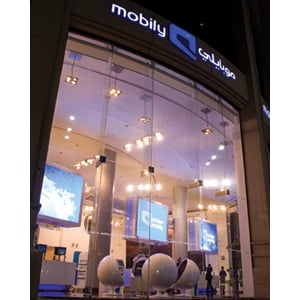 Mobily’s sales of pre-paid, or pay-as-you-go SIM cards will remain halted until the company “fully meets the pre-paid service provisioning requirements,” the firm said in a statement.

“We’re not sure when we can resume selling pre-paid SIM cards,” said a company spokesman. We’ve requested a meeting with the CITC governor to find out what’s going on,” he added, in reference to the regulator.

In an earlier order the Communication and Information Technology Commission said that from Sept. 28 all pre-paid SIM users must enter a personal identification number when recharging their accounts and this number must be the same as the one registered with their mobile operator when the SIM card was bought.

This applies not only to Mobily but also to rival operators Saudi Telecom Co (STC) and Zain Saudi.

“This isn’t just about Mobily – other operators also haven’t complied and so we’re astonished we’ve been singled out,” said Mobily’s spokesman.

“We’ve done a huge campaign to inform customers about the ID requirement.”
The company has yet to comply with the order because not all customers have updated their details, he said.

Mobily said the financial impact of the CITC’s decision would be “insignificant”, claiming data, corporate and “post-paid” contract revenues would be its main growth drivers.

“This could have a significant impact on Mobily’s Q4 earnings – it depends on how quickly the company resolves this,” said Asim Bukhtiar, Riyad Capital’s head of research.

“Newcomers and visitors buy new SIM cards and if Mobily can’t target this market it will affect the business.”

The new SIM registration requirements are a security measure.

“From a CITC perspective it gives them better information on who is using pre-paid cards – there were a lot of SIM cards floating around that were not registered to anyone,” added Bukhtiar.

Pre-paid mobile subscriptions are typically more popular among middle and lower income groups, with telecom operators pushing customers to shift to monthly contracts that include a data allowance.

Mobily reported an estimate-beating 23 per cent rise in third-quarter profits in October.

No one at STC or Zain Saudi was immediately available for comment.