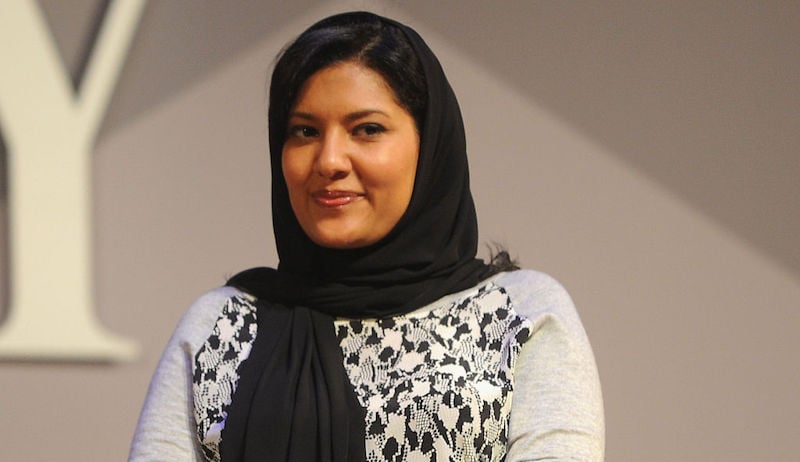 The President of the Saudi Federation for Community Sports was honoured for her role in empowering women in the region through her entrepreneurial spirit and philanthropic efforts.

Last year Princess Reema was appointed by Saudi Arabia’s cabinet to head a new depart for women under the Kingdom’s General Authority for Sports, and earlier this year became the first female president of the Saudi Federation for Community Sports that manages sports-related activities for both men and women in the kingdom.

A long-term activist for female empowerment in Saudi Arabia, and a founding member of the Zahra Breast Cancer Awareness Association her 10KSA initiative was entered into the Guinness Book of World Records in 2015 when 8,264 women in pink scarves formed the ‘world’s largest humanitarian ribbon’ to raise awareness for breast cancer prevention.

Also the CEO of luxury retailer Alfa International, Princess Reema has encouraged women into the workplace – notably replacing many of the male salesmen with females at the Riyadh branch of high end department store Harvey Nichols.

She is also the founder of Alf Khair, an initiative dedicated to building an active community of creative talent in Saudi Arabia and promoting their work internationally.

Other winners at the sports awards included HE Sheikh Nahyan Bin Mubarak Al Nahyan. The UAE Minister of Tolerance was named the UAE Sports Personality of the Year for his contribution to the sports sector – especially in his previous role as chairman of the General Authority of Youth and Sports Welfare (GAYSW).