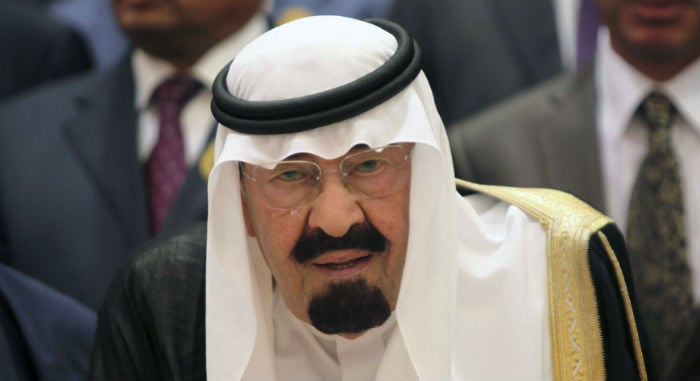 Saudi Arabia’s Prince Muqrin bin Abdulaziz, a former intelligence chief in the Kingdom, has been appointed deputy crown prince, making it likely he will one day become king.

The appointment makes Muqrin, the youngest son of the Kingdom’s founder King Abdulaziz al-Saud, next in line to succeed King Abdullah in the world’s top oil exporter and birthplace of Islam after his half-brother Crown Prince Salman.

The announcement gives more assurance to the Kingdom’s long-term succession process at a time when Riyadh sees itself as being an island of stability amid conflict and political turmoil across the Middle East.

U.S. Embassy cables released by WikiLeaks appear to show Muqrin as sharing Abdullahs’s views that Western countries should take a strong line against Shi’ite Iran, which they see as pursuing an expansionist agenda in Arab countries.

In a 2009 cable, he was quoted telling diplomats that the Shi’ite crescent where the Muslim sect has traditionally held sway was in danger of “becoming a full moon” thanks to Iranian support for its coreligionists at the expense of Sunnis.

In the same cable, which recorded a conversation soon after Obama took office, he said of the new president, “I like his attitude”, before adding “he’ll meet the facts later… many people are not as good-hearted as he is”.

Saudi criticisms of Obama’s Middle East policy have revolved around their concerns that the White House has not stood up strongly enough to Iran or its ally, Syrian President Bashar al-Assad.

Muqrin, who trained as a fighter pilot in Britain in his youth, is seen as likely to continue the cautious economic and social reforms begun by King Abdullah, say analysts.

“He reads books. He’s into music and art. I think he is from the more moderate school of Saudi politics,” said Jamal Khashoggi, head of a television news station owned by billionaire Prince Alwaleed bin Talal.

Muqrin already holds the position of second deputy prime minister, a role to which he was appointed a year ago and was traditionally but informally seen as being equivalent to crown prince in waiting.

However, there is no formal line of succession in Saudi Arabia beyond the king and crown prince and some analysts had speculated that it would pass to another member of the ruling family. The role of deputy crown prince is a new creation.

Under rules governing the succession, drawn up by King Abdullah a decade ago, a new monarch is empowered to select an heir himself from within the ruling al-Saud family, so long as an internal council agreed to his choice.

Muqrin, a graduate of the British Royal Air Force Academy and former military pilot, was born in 1945 according to the Saudi embassy in Washington. He has also been governor of Hail and Medina provinces and a special adviser to King Abdullah.

By making Muqrin second-in-line to rule, King Abdullah is also delaying the moment when the al-Saud must make the difficult decision over how to move the succession to the next generation of the family.

As Muqrin is younger than some of his nephews who might otherwise qualify to become crown prince or king, his appointment would appear to rule them out of the running.

“It will be instructive in due course to see who follows Muqrin in the eventual line of succession as that is when the shift to the grandsons of King Abdulaziz will have to take place,” said Kristian Ulrichsen, Gulf expert at the U.S.-based Baker Institute.

The fact the Allegiance Council formally agreed to the appointment is also significant. Set up by King Abdullah in 2006 to help clarify the Kingdom’s opaque succession process, it was not formally used in the appointments of either Crown Prince Salman or his predecessor, the late prince Nayef.

That had led some analysts to question whether it would ever become an effective instrument of decision making in the ruling family.