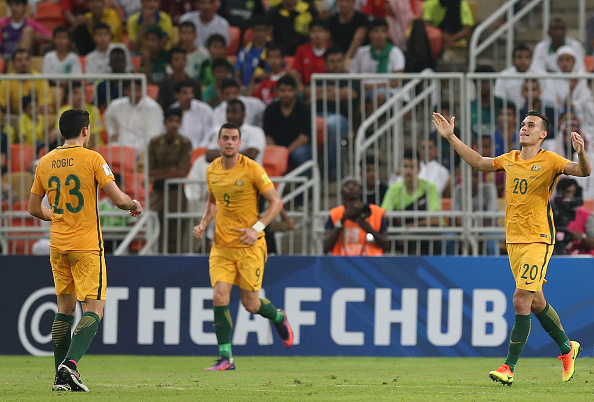 Police in Saudi Arabia have foiled a militant plot to bomb a UAE-Saudi Arabia football match.

Extremists affiliated to ISIS planned to plant a car bomb at the World Cup 2018 qualifier in Jeddah this month, the Saudi interior ministry said on Sunday.

Two Pakistanis, a Syrian and a Sudanese national were arrested over the plot to attack Al Jawhara stadium during the match.

Another cell planned to kill police officers in the Shaqra district north of the capital Riyadh, the ministry said. Security forces arrested four Saudis who had received instructions from an ISIS leader in Syria.

Since late 2014, ISIS has claimed a series of bombings and shootings against security forces and Shiites in the kingdom.

The interior ministry also published photos of nine people – eight Saudis and a Bahraini – wanted for their involvement in terrorist acts in the eastern provinces of Qatif and Dammam.

The men were involved in attacks on civilians and members of the security forces, the ministry said. It urged them to surrender and offered financial rewards for information leading to their arrests.

ISIS leader Abu Bakr Al Baghdadi has called for attacks against Saudi Arabia, which, along with the UAE, belongs to the US-led coalition bombing the extremists in Syria and Iraq.

“Targeting a football match between the UAE and Saudi Arabia is an indication of the level of the terrorists’ hate,” he said, but the two countries were united in their determination to defeat them.

The UAE has also played a key role in countering threats from militants linked to ISIL and Al Qaeda in southern Yemen.

In July Saudi authorities arrested 19 people, including 12 Pakistanis, in connection with three suicide bombings on July 4 including one near the Prophet’s Mosque in Medina which killed four people.