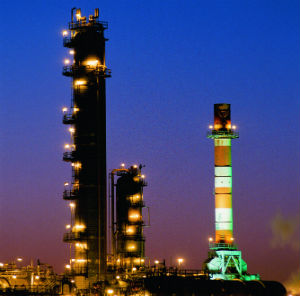 Saudi Arabia’s PetroRabigh refining and petrochemicals complex will carry out maintenance for 20 days after a power cut on Saturday forced it to halt operations, it said in a bourse statement on Tuesday.

The joint venture, owned by Saudi Aramco and Japan’s Sumitomo Chemical, said on Saturday in a bourse statement that supplies of power and steam had been interrupted from provider Rabigh Arabian Water and Electricity Co (RAWEC).

“In order to ensure the reliability of the facilities, the firm is currently examining and performing the necessary maintenance on all facilities, which is expected to take around 20 days,” the statement said.

PetroRabigh said the maintenance will not have a significant impact on the company’s earnings.

In May, Saudi Aramco and Sumitomo Chemical Co said they planned to go ahead with a $7 billion expansion of the complex on the Red Sea cost. The Rabigh II project, now under construction, is due to start operating in 2016.