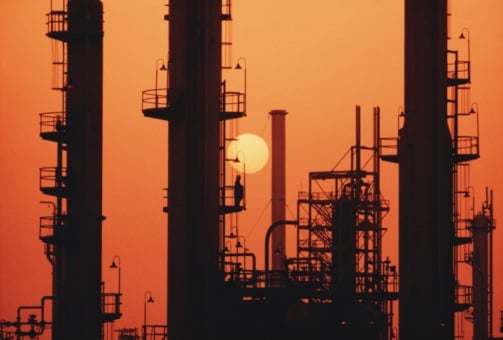 Saudi Arabia has sharpened its edge in oil trading by leasing oil storage in Fujairah, allowing the producer’s new trading arm greater flexibility in both buying and selling oil products.

Growing domestic demand means the leading oil producer also imports refined fuels. Its state oil company Saudi Aramco is one of the largest exporters of fuel oil and naphtha into East Asia as well as a net importer of gas oil. Last year it spawned a more agile offshoot to deal directly with customers and suppliers and juggle the logistics of trading.

Aramco Trading – with its own payroll and accounts – has replaced Aramco’s marketing department and its 80-strong team in Dhahran, the centre of the kingdom’s oil-producing eastern region, includes risk management specialists lured from top Western trading houses.

Aramco Trading direct contact with refiners, like India’s Reliance, reducing the role of traders in its gasoline and gasoil import deals and has now leased at least 1 million barrels of oil storage at Vopak Horizon’s tank farm in Fujairah.

Capturing storage space in the emirate, outside the oil shipping lane Strait of Hormuz that Iran last year threatened to block, gives traders a competitive edge that allows them to quickly respond to demand, particularly in Asia.

Industry sources say in the short run the company aims to reduce costs by doing its own blending and quality assurance of refined oil products. But the storage move is essentially for the long-run, when new Saudi refineries come online and the extra output allows it to trade in the world spot markets and boost profits.

“Aramco’s strategy is different than the traditional trading houses in the region,” an industry source familiar with Aramco’s trading operations said.

“After the export refineries come on stream the region will be long and it will make sense to invest in storage in the Gulf. Also, Aramco Trading has a dedicated outlet with an increasing demand and population,” he said, refering to Saudi Arabia.

Riyadh has embarked on an ambitious downstream drive which will see its refining capacity double to 8 million barrels per day (bpd) in a decade.

Aramco has been investing tens of billions of dollars raising refinery capacity to maximise profits by selling more products while cutting a fuel import bill that has ballooned since 2007 as domestic demand grew.

Aramco Trading will be a natural complement to this downstream push which will add 1.2 million bpd of refining capacity by 2017 in three refineries and which will continue major exports of diesel and gasoline.

For the shorter term, the storage will help Aramco to control blending costs and make sure the quality is correct.

“When they receive a cargo they don’t control, its specification could be incorrect which means they hold the cargo and correct the quality, making them lose several days amid a tight market,” the industry source said.

Throughout the last year Aramco has also purchased cargoes directly from other refiners, reducing the role of middle men traders. It is lifting the bulk of its 2013 cargoes from Indian refiner Reliance directly.

Both Aramco Trading and Vopak Horizon Fujairah declined to comment.