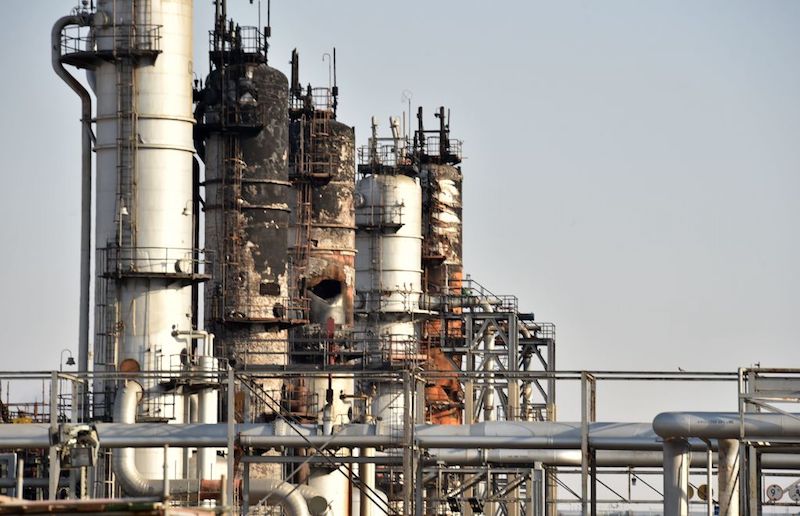 Saudi Arabia is recovering faster than expected from the attacks on its oil industry, with total production capacity restored to more than 11 million barrels a day about a week ahead of schedule, according to people with knowledge of the situation.

The news, which helped to push crude down by as much as 1.7 per cent in London, shows the kingdom is starting to resolve the worst disruption in its history.

A swarm of missiles and drones caused severe damage to vital equipment at the Abqaiq processing plant and Khurais field earlier this month, causing a record spike in oil prices.

Since then, Aramco has been working flat out to restore capacity, while maintaining normal supplies to customers by tapping inventories and ramping up other fields.

There has been speculation that it would take months to repair the extensive damage caused by the attacks. Aramco said on Sept. 17 that it won’t restore capacity to its full level of 12 million barrels a day until November.

The aerial strikes on the oil facilities were claimed by Houthi rebels in Yemen, but Saudi Arabia, the U.S. and several other nations have blamed Iran. Tehran denies responsibility.