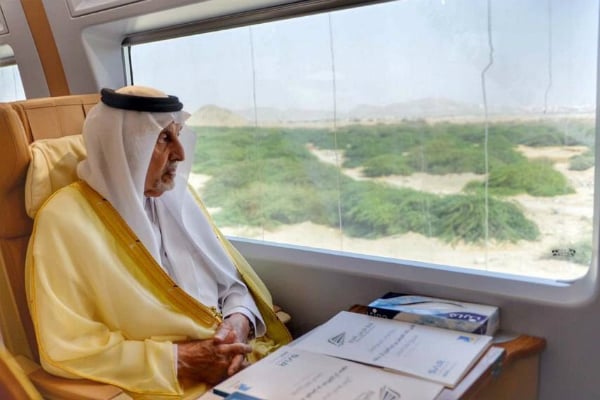 Saudi officials announced the completion of a trial run of the Haramain high-speed rail line from Jeddah to Makkah on Monday.

The train set off from Jeddah Central Station on Monday morning and arrived at Makkah’s Al-Rusaifah station, located around 3.5km from the Grand Mosque.

The 450km Haramain Railway links the holy cities of Makkah and Madinah via Jeddah and King Abdullah Economic City of Rabigh.

It has five stations — two terminus stations in Makkah and Madinah, and two central stations in Jeddah and Rabigh, and a fifth station at King Abdulaziz International Airport built by the General Authority of Civil Aviation.

Emir of Makkah Province, Prince Khaled Al-Faisal, was onboard for the trial. 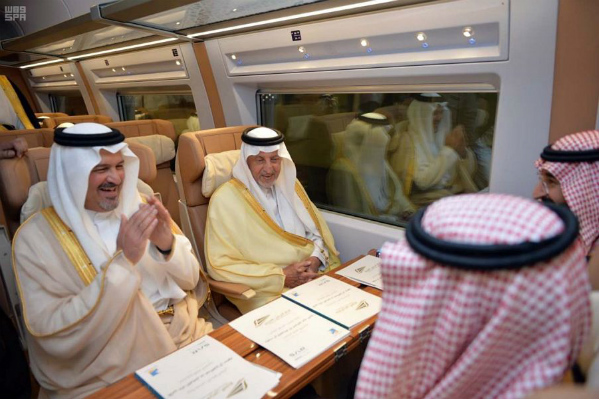 “These successive projects are not meant for show-off or boasting; they come about because we are entrusted with the care for this homeland which embraces the most sacred spots on earth,” he said.

Prince Khaled added the holy city was also in need of trains to link it to Jazan, Taif and Najran.

When it begins operations the Haramain line will be operated by 35 passenger cars on two-way trips between Makkah and Madinah.

The project was originally due to open in 2012 but has been hit by delays and cost increases.

It is expected to open to the public at the beginning of 2018.