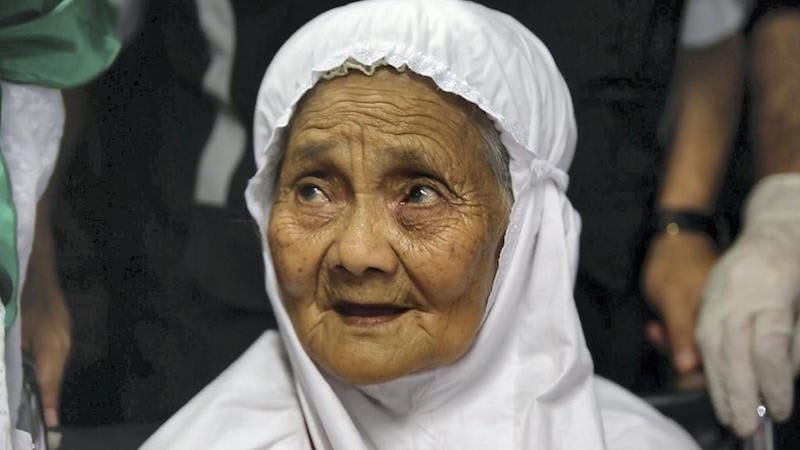 A 104-year-old Indonesian woman – considered one of the oldest hajj pilgrims this year – will now perform the pilgrimage as a special guest of a Saudi minister.

The offer was initially extended to Marghani in Indonesia, but she “politely denied”, since her neighbours’ had pledged to accompany her during hajj.

Noting her response, Al Awwad also extended the invitation to Marghani’s neighbour and her husband to be the ministry’s guests, the report said.

The centenarian and her two companions received a warm welcome at the Jeddah King Abdulaziz International airport, when they arrived last week.

Interviewed by the Saudi TV, Mirghani thanked the Saudi officials for their support.

Mohammed Saripudin, consul general of the Indonesian Consulate in Jeddah, previously told Arab News that Mirghani is in good health and will be able to perform her hajj rituals without any problems.

The official also said there are some one million Muslims waitlisted in Indonesia to perform hajj, with some 221,000 pilgrims expected from the country this year.

Pilgrims have to wait six years on average before being able to go to Makkah, he added.

A total of roughly two million pilgrims are anticipated to take part in the hajj pilgrimage this year, which begins on August 30.