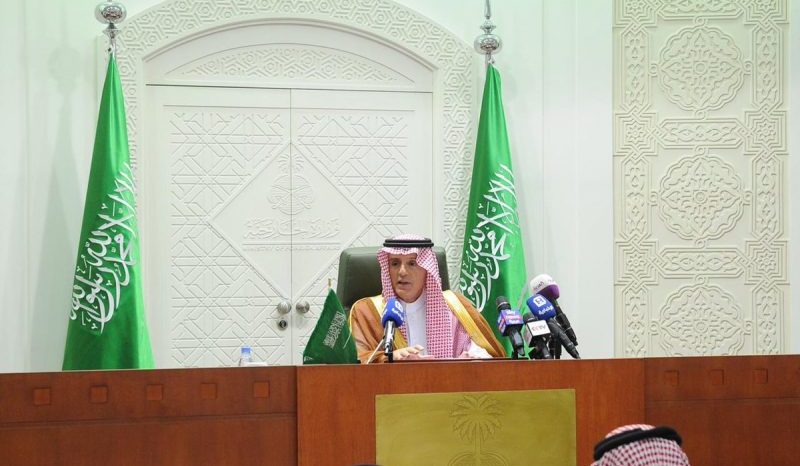 Saudi Arabia “does not want a war in the region”, does not seek to do so and “will do its utmost to prevent a war”, a senior official from the kingdom has said.

However, Adel Al-Jubeir, Saudi’s minister of the state for Foreign Affairs, stressed that “if the other side chooses war, the kingdom will respond firmly and decisively and will defend itself and its interests”.

His remarks came during a press conference held in Riyadh, following the sabotage of four tankers off the UAE coast and the attacks by drone on oil installations in Riyadh last week.

“The Iranian regime has directly and through its proxies sought to provoke unrest and supported terrorist and extremist groups and organisations. Over the past decades, the countries of the region have suffered from the crimes of the Iranian regime and its interventions which are crimes too numerous to count,” he said.

With regard to Houthi targeting of the Saudi oil facilities, Al-Jubeir said the Houthis “have a clear objective to destabilise security and stability in the region”.

Al-Jubeir said the kingdom hopes that “wisdom will prevail and that the Iranian regime and its proxies will distance themselves from reckless behaviours, and will avert danger in the region”.

He said Saudi was always striving for peace and believes that the people of this region, including in Iran, have the right to live in security and stability.

“Within this framework, Saudi Arabia responded to a distress call from an Iranian oil vessel in the Red Sea and immediately provided the necessary assistance to the vessel and its crew. The Iranian crew still receive the necessary care from the kingdom, in compliance with its international, humanitarian and environmental responsibilities. At a time, when two Saudi oil tankers in the Arabian Gulf were attacked and two East-West Pipeline were targeted too,” Al-Jubeir added.

The minister also said that the regional summits called by Saudi King Salman to be held in Makkah on May 30, will discuss the “Iranian aggression and its dangerous repercussions on the regional security and stability”.