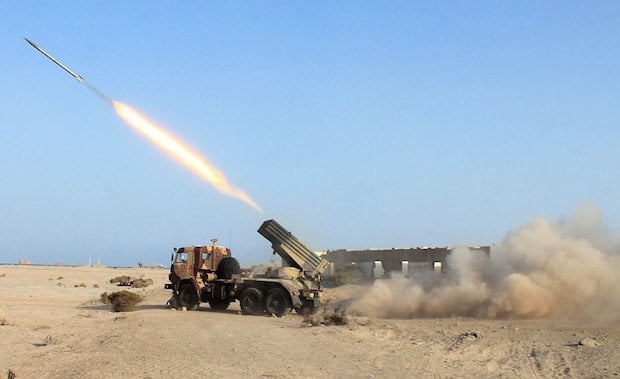 A Saudi national has been injured in the city of Najran when debris fell from a missile allegedly fired from Yemen, the official Saudi Press Agency (SPA) reported.

“On Sunday evening, civil defence officers responded to a report on the fall of fragments of military projectile fired by Houthi elements from within Yemeni territory on residential neighbourhoods in Najran city, resulting in injury of a citizen,” the report quoted the spokesman of the Directorate of Civil Defense in Najran, captain Abdul Khaliq Ali Al-Qahtani, as saying.

The injured person was taken to the hospital and the “procedures adopted in such cases were initiated”, the report added without providing further details.

The Saudi coalition in Yemen has intercepted dozens of missiles and projectiles fired by the Houthi rebels in Yemen since it got involved in the country’s civil war in March 2015.

Also in February, air force officials shot down a ballistic missile fired from Yemen towards the city of Khamis Mushait in southwest Saudi.

Saudi officials also managed to destroy another missile in January which was fired towards Najran City.