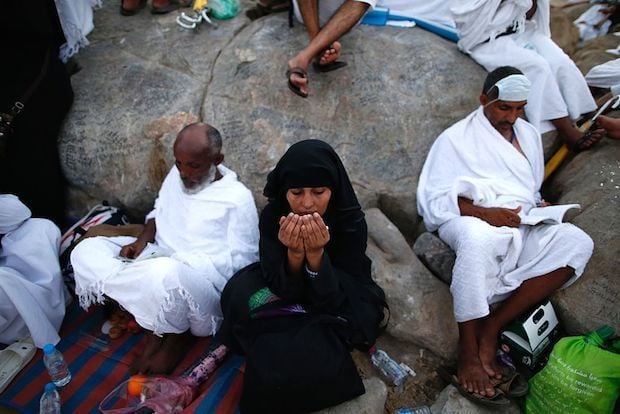 The Saudi government is currently mulling the possibility of allowing women to perform Hajj without a male guardian, local daily Arab News reported.

At present, women wishing to perform Umrah or Hajj have to be accompanied by male guardian while travelling to Saudi or meet him on arrival in the kingdom.

Women over the age of 45 may travel without a guardian if they are in an organised tour group. However, those travelling with a group must submit a notarised no objection letter from a male guardian.

Following several reforms in recent months, the kingdom’s ministry of Hajj and Umrah is now also conducting studies to issue visit visas that will permit women to travel without a male guardian for both tourism and pilgrimage purposes, Arab News reported.

Last month, it was announced that the kingdom was restructuring its visa system for pilgrims travelling to the kingdom for Hajj and Umrah.

Under the new system, pilgrims arriving for Hajj and Umrah can book the entire package online through the Maqam portal.

Pilgrims will be provided with a reference number when they buy a package from an online platform, which will allow them to obtain an e-visa.

The visa fees have also been fixed at SAR300 (about $80) while fees for repeat Umrah visits have been cancelled.

“This also shows kingdom’s readiness to receive the increasing number of Hajj and Umrah pilgrims through huge infrastructure projects and improving the system of services in Makkah, Madinah and the holy sites,” Saudi minister of Hajj and Umrah Mohammed Benten said at the time in a statement to the Saudi Press Agency (SPA).

Looking ahead, the ministry is seeking to issue Umrah visas for 30 million pilgrims by 2030.

“The target number of pilgrims in 1442 AH (2021) will be 15 million. The ministry is well-prepared for these cumulative numbers, and pilgrims now have several e-booking platforms that continue to increase and are no longer limited to external agents,” Abdulaziz Wazzan, the ministry’s undersecretary, told Okaz newspaper.

Also read: Revealed: How many visitors are flocking to Saudi Arabia amid tourism push