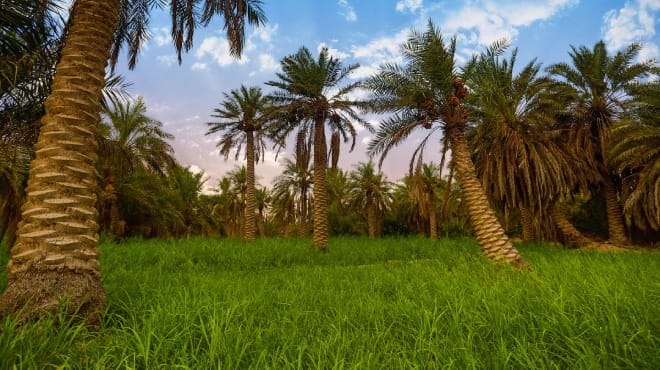 When the pandemic hobbled Saudi Arabia’s plans to become a global tourism hub just months after opening its borders for the first time, officials looked for the bright side.

There won’t be any foreign vacationers sunning on the kingdom’s beaches this summer. But there’s a new market to woo: Saudis trapped at home.

Along with countries around the world that are trying to recoup some of their tourism losses through domestic travel, the government leaned into the disruption, stoking patriotic sentiment with calls for a “Saudi summer.”

“The amount of constraint that people are feeling, the suffocation – this is a chance,” Fahd Hamidaddin, chief executive of the Saudi Tourism Authority, said during a video conference to announce the summer strategy.

The novel coronavirus has decimated tourism, putting a giant dent into the tenth of global economic output that the industry accounts for.

But tourism hotspots won’t be hit equally, and some larger economies – like Saudi Arabia, Russia, the UK and Germany – are hopeful they can reduce the pain by capturing domestic spending that normally goes abroad.

“There is a clear opportunity for some countries to soften the blow of lost inbound demand by encouraging residents to holiday at home,” said David Goodger, Europe and Middle East managing director at Tourism Economics, a unit of Oxford Economics.

“Countries with large outbound travel markets and which typically run a tourism deficit are best placed to benefit from this trend,” he said – though he cautioned that any advantage will be relative.

Take Russia, whose citizens typically spend about $20bn more abroad each year than Russia earns from incoming travel. In the Krasnodar region, on the Black Sea coast, hotel reservations are flooding in, according to Delfin, one of the biggest tour operators there.

“June was almost a total disaster, but July will be even better than last year,” said Delfin’s head, Sergey Romashkin.

Moscow office worker Anastasiya Kulagina planned to spend her summer holiday in Tuscany, dropping about $6,000 for a three-week stay.

Instead the 36-year-old is considering Yalta in the Crimea, which Russian President Vladimir Putin annexed from Ukraine in 2014.

Despite a fresh-water shortage there and the fact that the Black Sea’s city’s hospitality infrastructure dates largely to the Cold War era, Kulagina was disappointed to see prices were about the same as Tuscany. But she has few other options.

In Australia, sealed borders are enabling some regional operators to tap a wealthy and previously unattainable market.

“It’s just been incredible,” said Steve Hinks, who directs Taronga Western Plains Zoo in Dubbo, a five-hour drive from Sydney. He reckoned that the zoo, which provides luxury camping among animals from around the globe, has never fielded so many inquires in such a short space of time.

“If we seize this opportunity and ‘wow’ these visitors then we have the chance to keep them again into the future,” he said.

For much of the world though, tourists staying closer to home will create a loss of revenue that domestic travelers couldn’t possibly make up – especially in places dependent on foreign-exchange income that have limited domestic spending power.

Countries like the Maldives, where tourism accounts for over half of gross domestic product, or island nations in the Caribbean, where beaches have gone empty, will suffer.

In Turkey, it could take as long as three years for the industry to recover, according to Emre Narin, chief executive of Marti Hotels & Marinas, which is listed on the Istanbul stock exchange and operates six hotels and a marina.

Around 8 million Turks traveled within the country last year, compared with 50 million foreign visitors the country was expecting this year. “Domestic tourism cannot possibly replace that kind of a market,” Narin said.

Destinations that rely more on domestic and short-haul tourism – like Japan, China and Mexico – will be more resilient to the downturn, Goodger said. As to countries that have a new “domestic opportunity,” the UK tops his list.

But overall, Covid-19 means that global tourism spending – both domestic and international – will be significantly lower in 2020, and he doesn’t expect it to recover to 2019 levels until 2023.

As government support and job retention schemes come to an end, the world may see further spikes in job losses, he said.

“The reality is you don’t spend the same amount traveling in your country as you do abroad,” she said.

To Tony Lucas, who manages a kiosk in front of the Sacre Coeur basilica in Paris, “it’s a disaster.” Before the lockdown he might have revenue of 1,000 euros a day; now it’s “barely” 50 euros, he said.

Similarly in Saudi Arabia, domestic trips won’t make up for the suspension of religious tourism to the Islamic holy sites of Mecca and Medina. Yet officials are full of optimism at the chance to convince Saudis that there’s beauty in their own country – a relatively new concept to many.

In one local joke, a foreigner arrives in Riyadh and asks his taxi driver for his favorite local spot. The driver responds: “the airport.”

But non-religious tourism is so under-developed that there’s little to lose. Hamidaddin said he’d be happy to attract just 5 per cent of the Saudi tourists who normally go abroad.

Among them is Faisal Almshari, 34, who would usually spend the summer traveling Europe. This year he’s looking at the foggy mountains of southern Saudi Arabia. And not just for fun – he hopes to make some money off of it.

“I was really surprised,” Almshari said, describing the experience of scoping out sites for summer hiking trips to expand his fledgling tour business. “We don’t need to go abroad.”