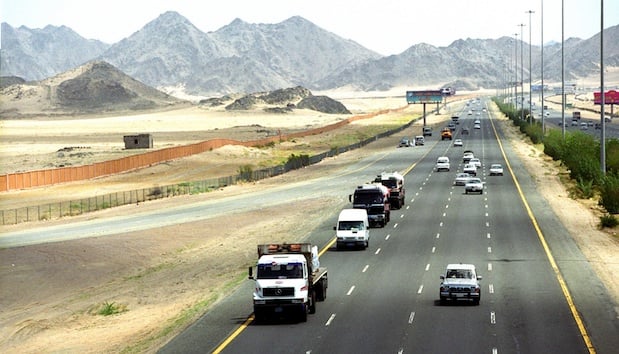 Motorists in Saudi Arabia will be fined but not immediately jailed as the kingdom begins electronically monitoring traffic violations in some cities, the General Directorate of Public Security.

The kingdom’s traffic authorities began automatically monitoring drivers for violations including use of mobile phones and not wearing seat belts in Riyadh, Jeddah and Dammam on Monday under efforts to improve road safety.

The initiative will later be rolled out across all other cities in the kingdom.

The General Directorate of Public Security’s director of information and public relations, colonel Sami Al-Shuwairih, said in a television interview that drivers will face a minimum fine of SAR150 ($40) for the two violations and a maximum of SAR300 ($80).

“These violators will not be detained unless they repeat the violations or the concerned court makes such a request,” he said, according to local reports.

The traffic department is also exploring alternative sentences for traffic violators including visits to car accident victims as the kingdom begins a crackdown on road safety.

Mobile phone usage is one of the most frequent causes of road accidents in Saudi Arabia, the General Directorate of Traffic said last week ahead of the automatic monitoring system’s implementation.

There are an average of 20 people dying on the kingdom’s roads each day, government officials said in December.

Authorities are aiming to bring down the rate of deaths from road accidents to one for every 100,000 people from the current rate of 26.8 per 100,000 people.