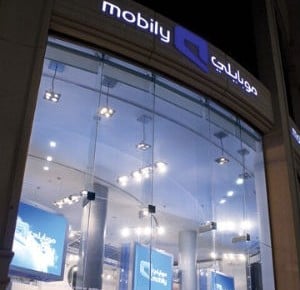 A unit of Saudi Arabia’s No.2 mobile firm Etihad Etisalat (Mobily) has signed a memorandum of understanding with four shareholders in Etihad Atheeb to buy a controlling interest in the loss-making fixed line operator.

Bayanat al-Oula, wholly owned by Mobily, signed the memorandum with Atheeb Trading Co, Al Nahla Group, Traco Group for Trading and Contracting and the Saudi Internet Co, according to a bourse filing on Wednesday.

The agreement outlines the basis for which a final agreement will be concluded, the filing said. It requires regulatory approvals to be obtained and for Bayanat to complete due diligence by Nov. 30.

Mobily, an affiliate of the United Arab Emirates’ Etisalat does not have a fixed-line licence and acquired data provider Bayanat Al-Oula for SAR1.5 billion ($399.98 million) in 2008 to offer fixed-line Internet services.

It earlier signed another MoU with Atheeb, which operates under the brand name Go, in December to offer fixed-line calls.

Atheeb Trading Co holds a 16.4 per cent stake in Etihad Atheeb, Al Nahla has 13.9 per cent and Traco Group owns 5.9 per cent.

Saudi Internet Co holds an undisclosed stake in the company, which is part of the 49 per cent of Etihad Atheeb’s shares that are publicly listed, according to data from Thomson Reuters company Zawya.

Bahrain Telecommunications Co (Batelco) also has a 15 per cent stake and it is unclear whether the company plans to sell. Batelco was not immediately available for comment.

Atheeb’s shares rose 1.3 per cent to a seven-week high on the Saudi bourse, while Mobily ended 0.9 per cent higher.