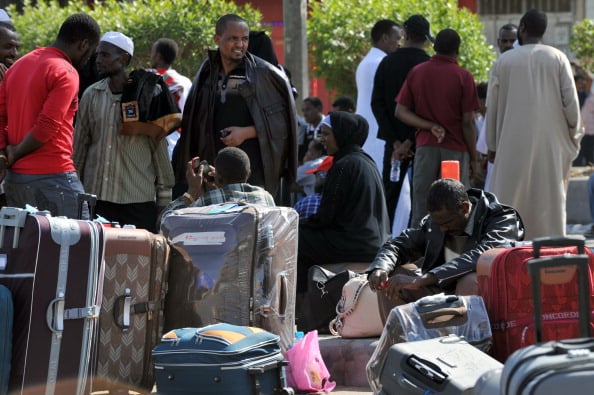 “The ministry will publish in the near future all the figures regarding their placements in each sector and region, in addition to the outcome of the status correction campaign,” he told the Saudi Press Agency (SPA) on the sidelines of a forum that discussed labour issues in the Kingdom.

Saudi Arabia unleashed a stringent crackdown on illegal expats after the amnesty formally ended in November.

Despite police raids resulting in riots and deaths in some parts of the country, authorities have been persistent in their efforts to purge the Kingdom of illegal immigrants who stay without a visa or have violated the Iqama system.

Labour raids are also a part of the government’s efforts to address the burgeoning unemployment problem plaguing Saudi nationals. Though official estimates place the Kingdom’s unemployment rate at just 12 per cent, it excludes a large majority of the population who do not actively seek work.

A recent IMF report urged Saudi to strengthen its private sector in order to boost employment among locals.

“We need more private-sector growth — even much more stronger — to absorb the potential labour supply,” said Min Zhu, deputy managing director of the IMF, told Reuters at an event in Riyadh.

Unemployment levels among women are also a rising cause of concern in the Kingdom.

In a report released earlier this year, the fund pressed the Saudi government to address unemployment rates, especially among the youth and women, which are higher than in other countries with similar incomes.

Saudi’s labour minister said that they were looking to address challenges facing women’s employment in the Kingdom.