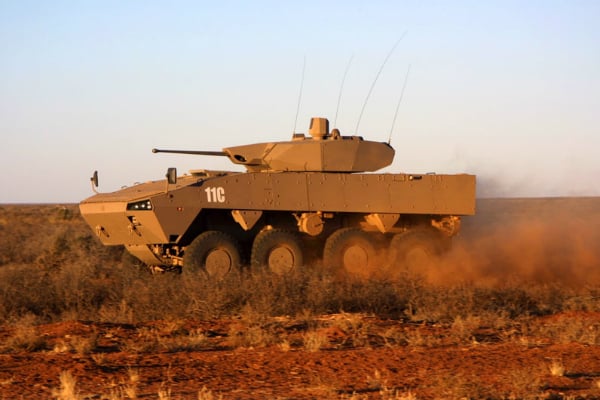 Saudi Arabia has made a $1bn bid for a broad partnership with South African state-owned defence group Denel that would include acquisition of a minority stake in a joint venture with Germany’s Rheinmetall, a source familiar with the offer said.

Currently heavily dependent on imports, Saudi Arabia, the world’s third-largest defence spender, is seeking partnerships to develop its own domestic defence industry with the goal of localising half of its military spending by 2030.

Saudi Arabian Military Industries (SAMI), the kingdom’s state defence company, told Reuters last month that it was in discussions with all major South African firms and aimed to conclude the first deals by the end of this year.

According to the source, who asked not to be named due to the sensitivity of the talks, Saudi Arabia was targeting Denel’s 49 per cent stake in Rheinmetall Denel Munition (RDM).

RDM is a South African-based joint venture formed in 2008 between Denel and Rheinmetall Waffe Munition GmbH, which holds the remaining 51 per cent stake. It specialises in the development, design and manufacture of medium and large-calibre ammunition including artillery shells.

A Rheinmetall spokesman declined to comment. The German government is currently reviewing all arms sales to Saudi Arabia after the killing of journalist Jamal Khashoggi in the Saudi consulate in Istanbul.

Under the Saudi offer, SAMI would also finance research and development in other Denel divisions including Denel Dynamics, which develops and produces tactical missiles and precision guided weapons.

Denel and SAMI would share intellectual property and under a new joint venture would target defence export markets in the Middle East and North Africa.

Finally, Saudi Arabia – already a top Denel customer for military vehicles, artillery munitions and radar equipment – would purchase a certain amount of the group’s production. The Saudis expect an answer from the South African authorities by the end of December.

“Saudi Arabia has made a unique business proposition to the South African government. As our discussions are not finalised yet we cannot provide any comment,” SAMI CEO Andreas Schwer wrote in response to Reuters’ questions.

South African President Cyril Ramaphosa last week said Denel was “ripe for joint-venture partnerships”. But he added that the government had not yet weighed the Saudi bid or proposals from what he said were a number of other suitors looking to partner with Denel.

A Denel spokesperson would not comment on any specific bid, saying that such negotiations take place on a state-to-state basis.

Ramaphosa’s spokeswoman Khusela Diko said the president would only make a decision on the Saudi offer to partner with Denel once it was discussed by cabinet.

“No decision has been made yet,” Diko told Reuters.

The source with knowledge of the Saudi bid told Reuters that Rheinmetall informally approached Denel’s board last year aiming to deepen its collaboration with the company.

The source said Rheinmetall had, like Saudi Arabia, expressed interest in acquiring Denel’s minority stake in RDM and other Denel divisions but was rebuffed.

Denel is grappling with an acute liquidity crunch and is struggling to pay salaries and deliver on roughly ZAR18bn ($1.29bn) of outstanding orders.

Following seven years of modest profits, the company said last week it had made an operating loss of ZAR1.7bn in the 2017/18 financial year.

However, the interest in the company from Saudi Arabia, which is accused of committing abuses in the war in Yemen and has admitted responsibility for Khashoggi’s death, has spawned public debate in South Africa.