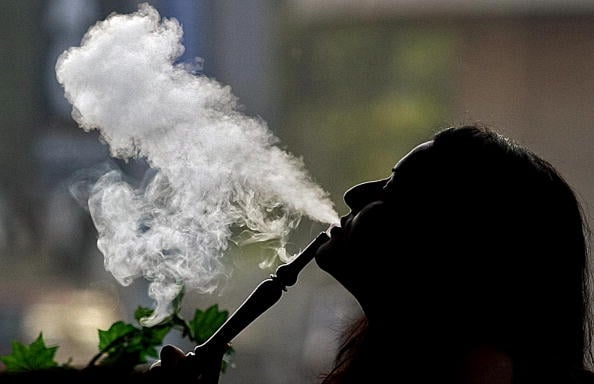 Saudi Arabia’s decision to impose a 100 per cent tax on all restaurants bills that serve shisha has sparked fury.

The new tax is applicable on all tobacco products but its application has left consumers and businesses confused. Non-smokers visiting shisha-serving eateries will also bear the tax burden.

The ruling issued by the ministry of Rural and Municipal Affairs states that the tax would apply to “ the total invoice of the business serving tobacco products.”

The confusion has led some restaurants to stop offering shisha, while others have lowered their prices, AFP reported.

Social media users in the kingdom decried the decision, with calls for the tax to be levied only on those actually smoking shisha.

Saudi’s ministry of Health launched an anti-smoking campaign Help Us…We Will Help You in 2018 to combat smoking. It also aims to open multiple anti-smoking clinics across the country and develop therapeutic services for smokers willing to quit.

Smoking is the cause of six million deaths annually and it is expected to increase to over eight million annually by 2030.