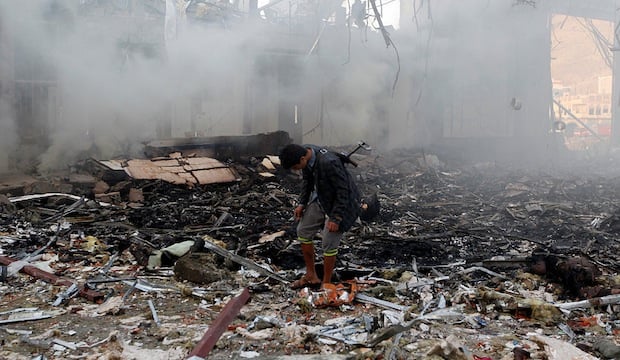 There was no Arab coalition air role in a strike in Sanaa on Saturday, sources in the Saudi-led coalition said, after authorities in the Yemeni capital reported an air strike by the alliance on mourners killed at least 82 people.

“Absolutely no such operation took place at that target,” one of the sources said, citing what he described as confirmation from the coalition air force command.

“The coalition is aware of such reports and is certain that it is possible that other causes of bombing are to be considered. The coalition has in the past avoided such gatherings and (they) never been a subject of targets.”