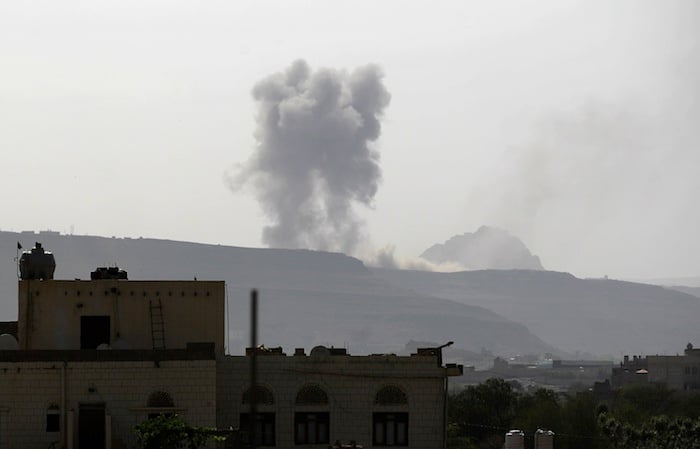 Ibb is around 50 kilometres (30 miles) north of Taiz and 200 kilometres southeast of Hodeida.

The port, which lies almost due west of the capital Sanaa, has become a focal point of Yemen’s humanitarian crisis, which The International Committee of the Red Cross said last week the country was “crumbling” under.

Aid groups have previously complained that a coalition naval blockade has stopped relief supplies entering Yemen. The coalition, led by Saudi Arabia with a big military role played by the United Arab Emirates, has accused the Houthis of commandeering aid shipments for war use.

Anti-Houthi groups helped by the coalition have pushed the northern militia out of some southern provinces since late July, but while that has allowed aid to reach Aden in the south, the humanitarian crisis elsewhere remains critical.

Besides advancing from the south, coalition-backed forces are also fighting the Houthis and Saleh’s troops on a second front around Marib, northeast of Sanaa.

Saudi Arabia fears a victory for the Houthis would be used by its main regional foe Iran to encircle Gulf states and undermine their security.

The UAE condemned in a statement on the state news agency what it described as the occupation of its embassy in Sanaa by the Houthis on Sunday. The UAE said earlier this year it was shutting the embassy after Yemen’s capital was seized by the Houthis.