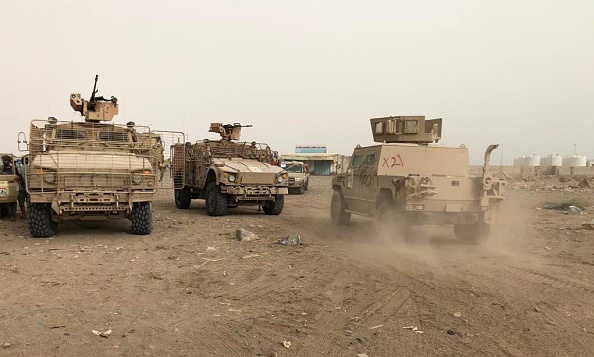 The raids are part of an operation launched in January to destroy the Houthis’ drone capabilities, Al Malki said.

There were no immediate reports of casualties.

The Saudi-backed Yemeni government and the Houthis reached a ceasefire and troop pullout deal for Hodeidah, the main entry point for most of Yemen’s imports and aid, at talks in Sweden in December. The pact was the first big breakthrough in efforts to end Yemen’s four-year war.

Tens of thousands of people have been killed in the conflict, which pits the Houthis against other Yemeni factions backed by the Saudi-led coalition and loyal to the government of Abd-Rabbu Mansour Hadi. The Houthis ousted Hadi’s government from power in Sanaa in late 2014.

The conflict is widely seen in the region as a proxy war between Saudi Arabia and Iran. The Houthis, who control Sanaa and most population centres, deny being puppets of Tehran and say their revolution is against corruption.