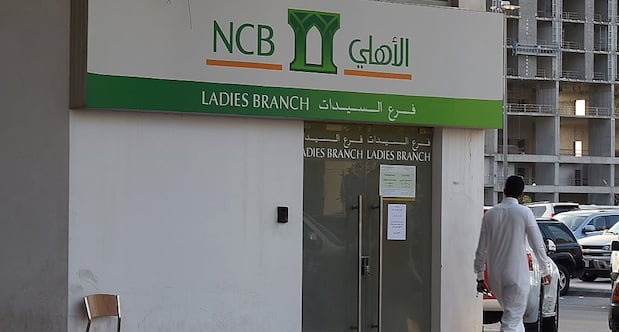 It was the fourth Saudi bank to report earnings on Tuesday, with the other two reporting higher profit and the third, Banque Saudi Fransi(BSF), the kingdom’s fifth-largest bank by assets, posting an 8.4 per cent profit fall.

SICO Bahrain forecast that NCB would make a quarterly profit of SAR2.52bn.

A rise of 4.1 per cent in operating income and 2.9 per cent in special commission income was partially offset by higher total operating expenses, the bank said.

The bank attributed the decline to an 18.5 per cent rise in total operating expenses, primarily because of higher provisions for credit losses and other expenses.

The earnings missed the average forecast of three analysts polled by Reuters, who expected the bank to make a net profit of SAR1.08bn.

Arab National Bank reported a 8.3 per cent rise in second-quarter net profit to SAR919.1m, in line with the forecasts of three analysts.

Bank Albilad posted net profit for the quarter of SAR275.9m, up by 16.1 per cent from the same period last year.