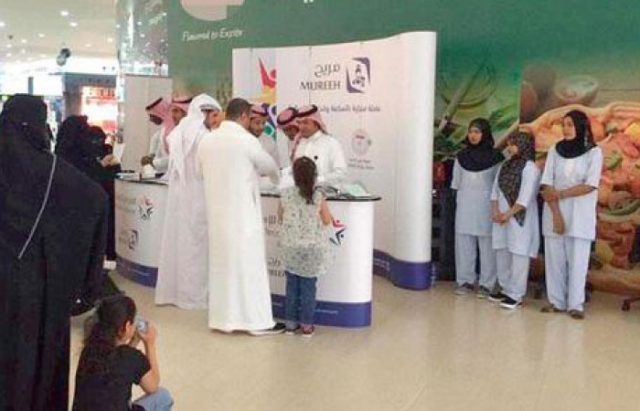 Saudi Arabia’s Ministry of Labour and Social Development has said it will investigate a recruitment company that displayed housemaids next to its kiosk in shopping centre on Saturday.

Spokesperson Khalid Abalkhail was quoted by Saudi Gazette as saying shoppers were horrified by the incident, which occurred in the Eastern Province city of Dhahran.

“The company was displaying the maids as part of a marketing strategy to attract customers. However, the visitors of the shopping centre found the sight extremely degrading for the maids standing there as if they were objects,” he said, according to the publication.

Social media users were outraged by the incident saying it robbed the workers of their dignity and could even be considered human trafficking.

“The Saudi Human Trafficking Law states that mistreating or degrading a person, whoever they may be and whatever age or gender, they have to submit to the abuser,” lawyer Turki Al-Musa said, according to the report.

The penalty for human trafficking in the kingdom is imprisonment for up to 15 years and a SAR1m ($266,656) fine.

A second lawyer, Saeed Al-Dakheel, said displaying a human as an object was disgraceful.

“Displaying the housemaids as if they were the object on sale to be rented out or sold out is a great mistreatment and it is against human dignity and human values,” he said.