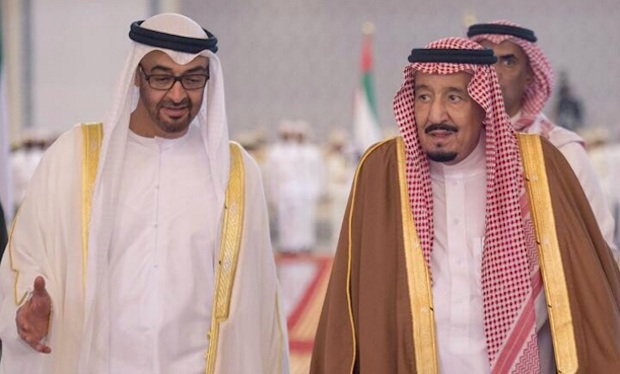 Saudi King Salman’s official visit to the UAE on Saturday will “induce a paradigm shift in bilateral ties” between the two countries, according to Sheikh Mohamed bin Zayed Al Nahyan, Crown Prince of Abu Dhabi.

King Salman – on his first official trip to the UAE – is also visiting Qatar, Bahrain and Kuwait as part of a regional tour.

The two countries have been working together to revamp the ties that unite the GCC and sustain their strategic cooperation and coordination in regional issues, the report said.

“The UAE always believes that the Kingdom of Saudi Arabia is the long pole in the Gulf and Arab tent and its security and stability are part and parcel of the UAE and other GCC and Arab states. This confirms the close strategic co-ordination between the two countries at all levels and all fields at the Arab, Gulf, regional and global arenas,” WAM quoted Sheikh Mohammed bin Zayed as saying.

The UAE and Saudi Arabia were united in defending the rights and justice in Yemen and in confronting interference in the region’s internal affairs and plots against the security, sovereignty and the higher interests of Arab countries, he said.

“History will long ponder the operation to restore legitimacy in Yemen at a critical juncture in the brave Arab action that is driven by self-initiative and self-dependence in protecting Arab higher interests aborting plots of expansion and hegemony in the region.

“We are confident that King Salman’s trip to the UAE will induce a paradigm shift in bilateral ties which are based on the unity of the Emirati-Saudi political leaderships’ will as well as on the common aspirations of the two brotherly peoples,” Sheikh Mohammed added.

“Two-way trade stood at Dhs21.4bn in 2015, exceeding any volume among GCC member states,” he added.