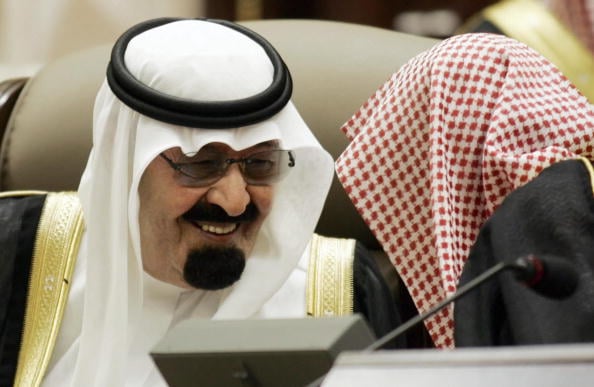 Saudi Arabia’s King Abdullah on Tuesday swore in the country’s first female members of the Shura Council, an appointed body that advises on new laws, in a move that has riled conservative clerics in the Islamic monarchy.

Abdullah, who has not been seen on television since shortly after a back operation in November, was shown on state media sitting in a palace chamber to give a short speech as he swore in the new council members.

King Abdullah is seen as having pushed to cautiously advance the role of women in Saudi society.

The health of the king, who turns 90 this year, is closely watched in the world’s top oil exporter because he has the final say on policy.

Major speeches in recent months have been made on Abdullah’s behalf by his heir, Crown Prince Salman. State media have also listed Salman as chairing the weekly cabinet sessions in place of the king.

One fifth of the new Shura Council are women. The decision to appoint women to the body, which functions in place of an elected parliament, was announced in 2011 but their names were only made public last month.

The Shura Council is remodelling parts of its chamber to ensure strict gender segregation between members.

Saudi Arabia’s government is entirely appointed by the king, who is also prime minister. The country’s only elections are for half the seats on municipal councils that have few powers.

Women will also have the right to vote and stand for office in the next municipal ballot, Abdullah said in 2011.

The decision to appoint women to the Shura Council prompted a protest by dozens of conservative clerics outside the royal court in January.

They complained that the move, and other reforms aimed at making it easier for women to work, went against sharia law.

In the ultra-conservative kingdom, women are banned from driving and need the consent of a male “guardian” to work, travel abroad or open a bank account.

Saudi King To Undergo Back Operation Next Week