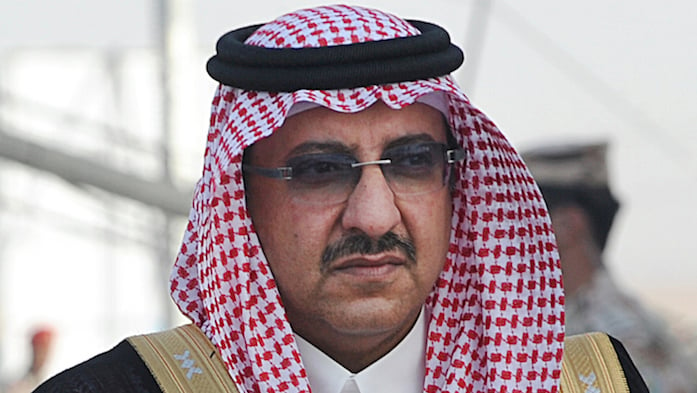 A preliminary deal between Iran and world powers on Tehran’s nuclear programme and the crises in Syria and Yemen are also likely to be discussed at the summit on Tuesday and Wednesday of the six-nation Gulf Cooperation Council in Washington and Camp David, Maryland.

In a statement from the Saudi Embassy in Washington, Jubeir said the king deputised the crown prince to attend “due to the timing of the summit, the scheduled humanitarian ceasefire in Yemen and the opening of the King Salman Center for Humanitarian Aid.”

A senior U.S. official said the monarch’s decision to skip the summit was “not in response to any substantive issue,” signalling the Obama administration did not regard it as a diplomatic snub.

“We first learned of the king’s possible change of plans from the Saudis on Friday night,” the official said. “This was confirmed by the Saudis on Saturday. We coordinated closely with our Saudi partners on the alternate arrangement and timing of the announcement, and look forward to welcoming Crown Prince Mohammed bin Nayef and Deputy Crown Prince Mohammed bin Salman.”

On Friday, a White House spokesman said Obama would meet on Wednesday with the Saudi king at the White House ahead of the wider summit.

A U.S. official had said last week that the absence of Salman, the most powerful of the Gulf monarchs, would detract from the summit.

The gathering coincides with the start of a five-day humanitarian truce in Yemen, proposed by Saudi Arabia and agreed to by the Houthi rebels it is fighting there.

Obama issued the invitation to the GCC to attend the summit after Iran and six world powers reached a framework agreement last month that would give Tehran sanctions relief in exchange for reining in its nuclear program.

Gulf Arab neighbours, including key U.S. ally Saudi Arabia, worry that Iran will not be deterred from a nuclear bomb and will be flush with cash from unfrozen assets to fund proxies and expand its influence in countries such as Syria, Yemen and Lebanon.

Some Gulf Arab officials have made clear they want Obama to issue new written security assurances that would help shore up their confidence that Washington would come to the aid of the Sunni-ruled monarchies against any threat from Shi’ite Iran.

A U.S. source said last week that Obama was expected to make a renewed U.S. push at the summit to help Gulf allies create a region-wide defence system to guard against Iranian missiles.

The offer could be accompanied by enhanced security commitments, new arms sales and more joint military exercises, U.S. officials say, as Obama tries to reassure Gulf Arab countries that Washington is not abandoning them.

Obama is considered all but certain to stop short of a full security treaty with Saudi Arabia or other Gulf states as that would require approval by the Republican-controlled Senate and risk stoking tensions with Washington’s main Middle East ally Israel.

A second U.S. official insisted the summit would be a “two-way street,” with Washington pushing Gulf leaders to overcome internal rivalries and find ways to collaborate better in their own defence.

United Arab Emirates will demand a U.S. commitment that the outcome of a nuclear deal between the world powers and Iran ensures that Tehran will respect its Arab neighbours, UAE Minister of State for Foreign Affairs Anwar Gargash said in remarks carried by state news agency WAM.

“The main dilemma in relations between Iran and the Arabs is the Iranian desire to expand,” Gargash said, according to WAM, which quoted excerpts of an interview with Abu Dhabi-based Sky News Arabia.