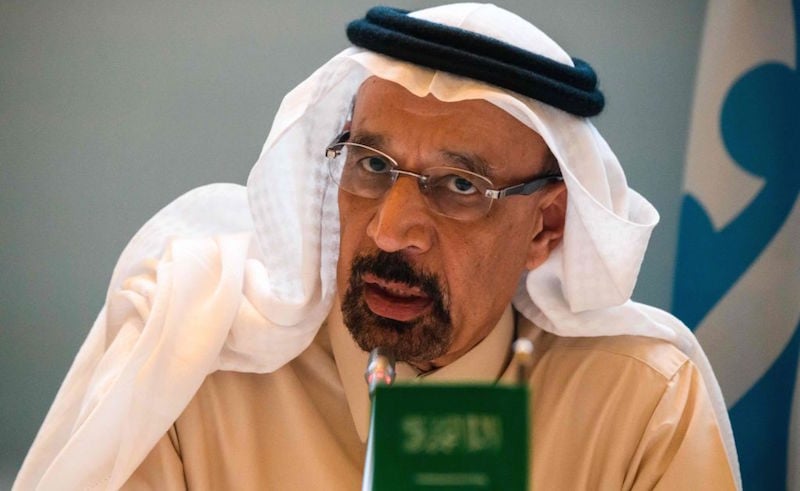 The new minister, industry veteran Prince Abdulaziz bin Salman, is half-brother to the Crown Prince Mohammed bin Salman, but the pair aren’t believed to be close and are quite far apart in age.

Abdulaziz bin Salman has served in the energy ministry for decades — most recently as state minister for energy affairs — and is seen as a capable and experienced technocrat.

“Prince Abdulaziz is a very seasoned veteran of Saudi and OPEC policy-making. He won’t have a learning curve. I don’t expect any big rupture in current Saudi oil policy or relations with Russia,” said Bob McNally, president of Rapidan Energy Advisors LLC.

Al-Falih’s future had become uncertain in recent days after he was stripped within a week of his responsibility for overseeing industrial development and for chairing Saudi Aramco as the government prepares to sell shares in the state-owned oil company.

He’d been the face of OPEC diplomacy over the past three years, as the producers’ group has sought to counter the rising tide of U.S. shale oil that flooded markets. He was also one of the chief architects of the kingdom’s attempt in recent years to diversify its revenues away from oil.

This month’s decision to restructure the energy ministry was seen as having little or no immediate impact on Saudi oil policy. As the world’s largest crude exporter, the kingdom has continued to cut output to balance global market demand.

Saudi Arabia has cut production to less than 10 million barrels a day as part of its agreement with the Organization of Petroleum Exporting Countries to limit output. Al-Falih helped broker the deal that brought other producers like Russia into the effort to balance markets by curbing production. The Saudis are doing the most to support the deal, pumping about 500,000 barrels a day less than they pledged.

OPEC and its allies, known collectively as OPEC+, are scheduled to meet on Sept. 12 in Abu Dhabi to review their strategy to shore up global oil markets. Oil traders will be waiting to see whether the change of ministers will mean a change in Saudi policy.

At Saudi Aramco, Al-Falih said on Sept. 3 that he would be replaced by Yasir Al-Rumayyan, head of the kingdom’s sovereign wealth fund, who’s an Aramco board member and a key adviser to the crown prince.