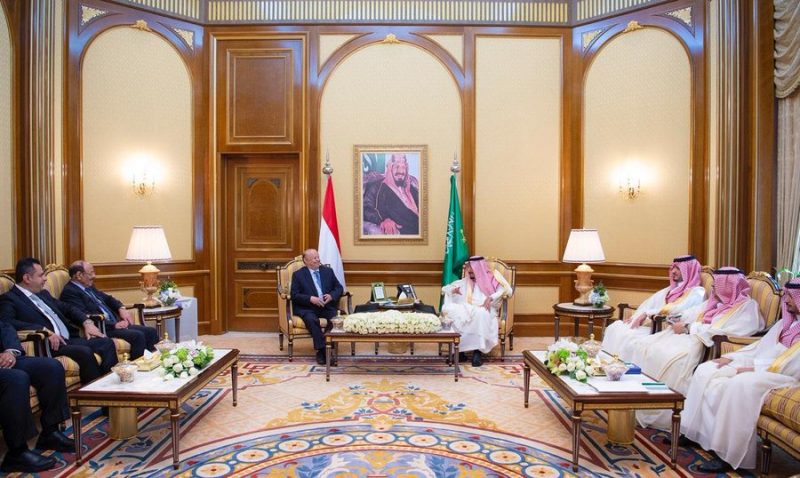 During the meeting, they reviewed the relations between the two countries and discussed the latest developments in the region, especially in Yemen, and various efforts toward achieving security and stability, the report said.

The meeting came after the Saudi-led coalition announced on Sunday that it had intervened in Aden on Sunday in support of the Yemeni government following clashes with southern separatists, which began on Wednesday.

The coalition said it attacked an area that posed a “direct threat” to the government of President Hadi, without providing details.

On Sunday night, the president of the Southern Transitional Council (STC) Aidaroos al-Zubaidi said it is willing to work with the Saudi-led coalition to ease the crisis and to continue to fight “Iranian expansion”.

He added the council was willing to attend an emergency meeting called by Riyadh on the latest developments.