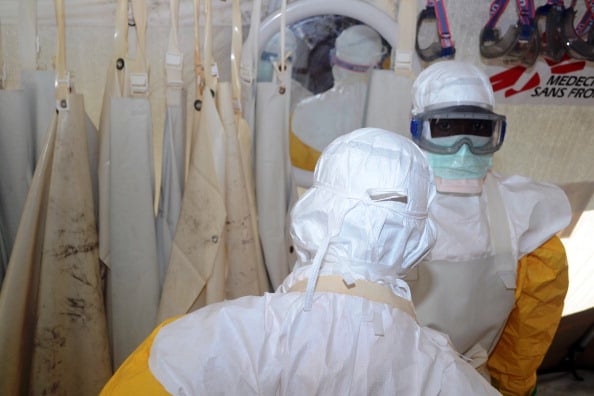 Under the grant, the Jeddah-based IDB will setup treatment centres in countries where Ebola is endemic, Sierra Leone, Guinea and Liberia, as well as Mali where some cases have appeared, the IDB said in a statement on Thursday.

Separately, the GAVI global vaccines alliance is committing up to $300 million to buy Ebola vaccines, two weeks after it raised $500 million from an Islamic bond.

The deal, raised through the International Finance Facility for Immunisation Co, is the largest Islamic bond ever issued by a global non-profit organisation, part of a trend to use bond markets to fund ethical projects.

GAVI, which is funded by governments and the Bill & Melinda Gates Foundation, said in a statement on Thursday it was ready to begin procurement as soon as the World Health Organization recommended a vaccine for use.

GAVI said it would meet funding needs of the Ebola vaccine programme using a combination of existing and new financing.