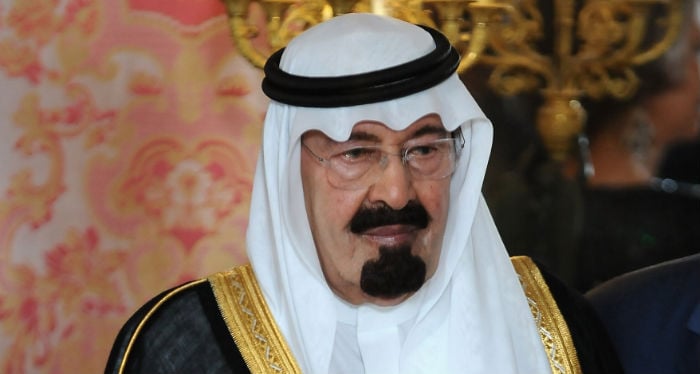 King Abdullah of Saudi Arabia congratulated moderate cleric Hassan Rohani on winning Iran’s presidential election, hailing what he described as Rohani’s wish to improve relations between the two countries, rivals for influence in the oil-rich Gulf.

Ties between world No. 1 oil exporter Saudi Arabia and regional competitor Iran are tense over many issues, notably the war in Syria, where they back rival combatants, political unrest in Bahrain, and a dispute over Iran’s pursuit of nuclear power.

The official Saudi Press Agency reported late on Sunday that the king had sent a cable of congratulations wishing Rohani “permanent good health and happiness and the people of Iran steady progress and prosperity.”

It added: “The King lauded Rohani’s statements on his keenness to cooperate and improve relations between the two countries.”

Rohani scored a surprising landslide victory over conservative hardliners in Friday’s poll, and will take up the presidency, the highest elected office in Iran’s hybrid clerical-republican system, in August.

He succeeds Mahmoud Ahmadinejad. Critics have said Ahmadinejad’s eight years in office were marked by belligerence and repression. Rohani has said he wants to rehabilitate Iran’s foreign relations.

Although Rohani, who was Iran’s chief nuclear negotiator from 2003-2005, publicly criticised Ahmadinejad for his confrontational approach to the West, the cleric has made clear he is committed to Iran maintaining its atomic program.

Among other sources of tension, Saudi accuses Iran of stirring unrest among minority Saudi Shi’ites. Tehran rejects that charge.