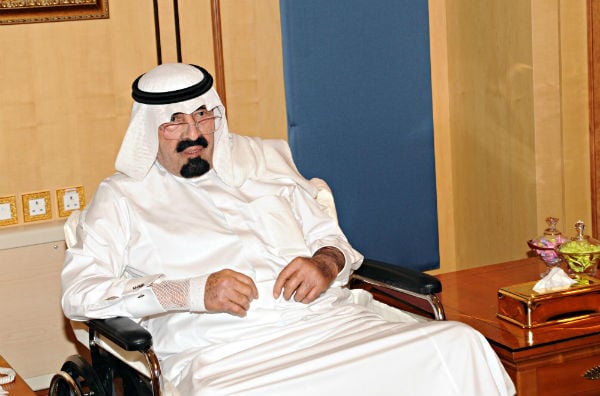 The health of senior royals is closely watched in the world’s top oil exporter, where the ruling family controls most senior government posts.

Saudi state television later showed footage of the monarch walking slowly surrounded by members of the royal family, including Crown Prince Salman. He climbed into a car.

The 89-year-old king appeared in good health when he appeared on Saudi state television on November 28. He was shown then sitting in a chair chatting with members of the royal family.

During Abdullah’s convalescence, the country is being run by his heir and half-brother Crown Prince Salman, who chairs cabinet meetings and has been frequently shown on domestic television meeting dignitaries.

Saudi Arabia, the birthplace of Islam, faces long-term domestic worries such as growing energy consumption and high youth unemployment, as well as regional fears about Middle East instability after the Arab Spring.

In the week after Abdullah’s operation, the country’s stock market dipped over concerns about the king’s health.

Since becoming king in 2005, and as de facto regent for the preceding 10 years, Abdullah has pushed cautious economic and social reforms aimed at reconciling conservative traditions with the needs of a modern economy.

Succession does not move directly from father to eldest son as it does in European monarchies, but has moved along a line of brothers born to the country’s founder King Abdulaziz Ibn Saud.

After Abdullah and Salman, few qualified brothers remain alive, meaning the family might choose soon to place one of Ibn Saud’s grandsons in the line of succession.