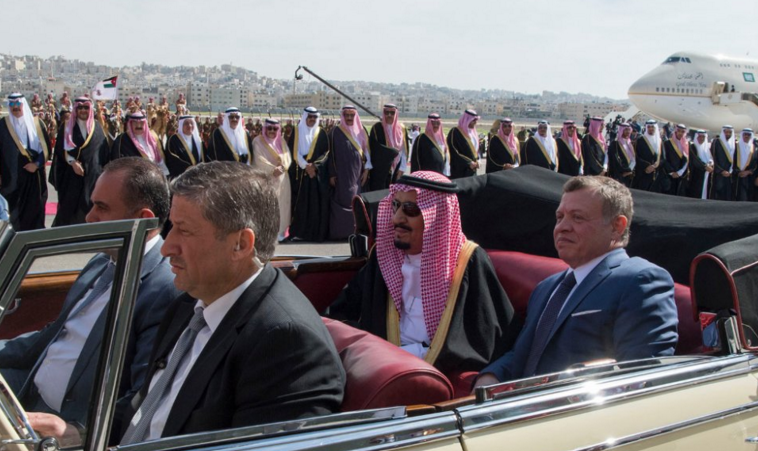 The kings of Saudi Arabia and Jordan oversaw the signing of 15 agreements on Monday including one to establish a $3bn investment company.

Among the pacts signed during the Saudi ruler’s visit to the country for this week’s Arab League Summit was a draft agreement for a loan worth SAR393.75m ($104.9m) to reconstruct the rehabilitate the Amman-Aqaba desert road.

There was also a draft contract for research and development in mining and uranium in the Central Jordan Region and a draft memorandum of understanding to study the feasibility of constructing two nuclear reactors in Jordan.

Read: Saudi Arabia to invest billions of dollars in Jordan

The two countries also agreed to establish a Saudi-Jordanian medical services company and to build and operate a 50MW solar energy plant in Eastern Jordan.

Private sectors deals, including the establishment of a medical treatment and rehabilitation facility in Riyadh, were also signed.

The 22-member Arab League will meet in Jordan on Wednesday to discuss regional issues.