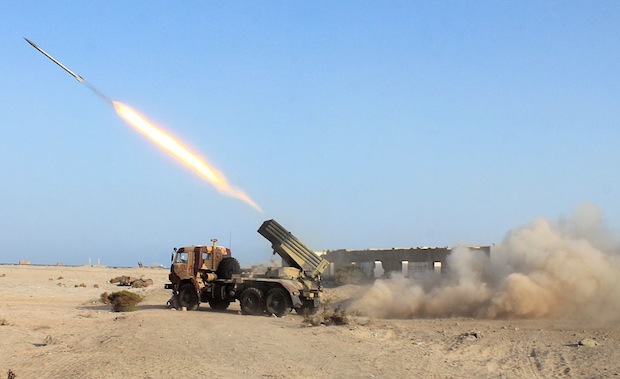 The missile was fired towards the city of Khamis Mushayt in south-west Saudi Arabia, according to the Saudi-led coalition fighting in Yemen.

The Royal Saudi Air Defense Forces intercepted and destroyed the missile before it could cause any damage, the SPA said.

The Saudi-led coalition has been fighting Houthi rebels and forces loyal to former Yemeni President Ali Abdullah Saleh in Yemen since March 2015, in a bid to restore President Abd-Rabbu Mansour Hadi to power.

The conflict has killed tens of thousands and created a humanitarian disaster in Yemen.

Saudi has also witnessed a number of missile attacks in recent months as its offense deepens in Yemen.

In November, a Saudi soldier was killed by a missile fired by Yemeni rebels across the border into the kingdom’s southern Asir province.

A number of civilians in the southern Saudi Arabian province of Jazan were also injured by missiles fired from Yemen in October.

Earlier in October, the Saudi military destroyed a missile targeting the city of Taif. While officials said it caused no damage, its debris reportedly landed just 40km away from Makkah.