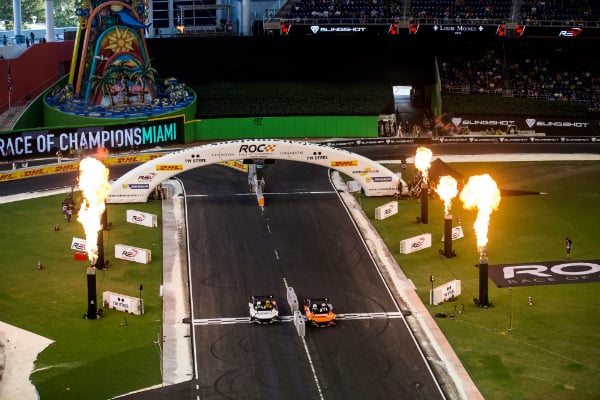 Saudi Arabia will host two major sporting events next year as the kingdom moves to boost its entertainment industry.

The plans include the hosting of its first international motorsport event, Race of Champions, early next year followed by the World Boxing Super Series Cruiserweight final in May.

The two-day Race of Champions will feature drivers from Formula One, Rallycross, IndyCar and other racing competitions.

It will be held at the 75,000-capacity King Fahd International Stadium in Riyadh and is a family event “open to both genders”, according to the organiser’s website.

President Fredrik Johnsson said it was the first time the event was coming to the region.

“With women able to drive in Saudi Arabia from 2018, we feel this is an auspicious moment to be bringing a motorsport event to Riyadh,” he said.

Read: Nearly 8 in 10 Saudis back decree allowing women to drive

“Race Of Champions is more than just a race: it is a truly global contest that includes many of the world’s best drivers along with top-quality entertainment for families.”

The World Boxing Super Series Cruiserweight final tournament will be held in Jeddah and feature major world title holders, according to its organisers.

An agreement to host the event was signed by the president of the General Sports Authority, Turki Al-Sheikh, in London.

“This agreement is part of our broader commitment and work to develop the sport of boxing in Saudi Arabia,” he said.

“The interest in boxing among the young generation is there and growing rapidly, which is why the GSA is also working to form a grassroots partnership with one of the largest international boxing federations to promote the sport.”

Last month, the kingdom’s Public Investment Fund said it would establish a SAR10bn ($2.67bn) entertainment investment firm in an attempt to bring some of the $20bn spent overseas by Saudis to visit attractions and shows abroad.

Boosting the sector is part of the kingdom’s Vision 2030 reforms designed to loosen strict rules on activities previously deemed forbidden.

The plans have so far seen music shows hosted in the kingdom and the opening of previously male-restricted events to families and women.