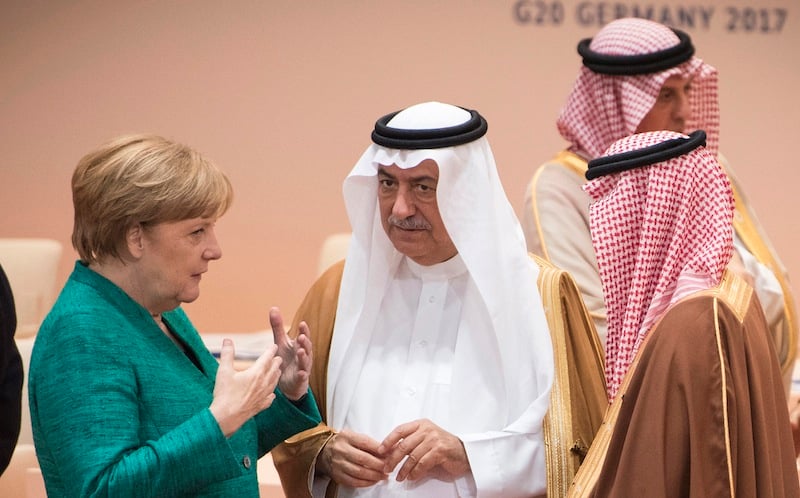 Saudi Arabia will host the G20 summit in 2020, it was announced on Saturday.

The announcement was made at the end of the G20 summit in Hamburg, Germany, where world leaders from 19 countries and the European Union gathered for two days.

The annual event will be held at Argentina next year and in Japan in 2019.

Under the terms, the host assumes the presidency of the G20 in the December preceding the year in which it will host the summit, and can set the meeting agenda.

The event this year addressed issues like global trade and climate change, with a special focus on the Sustainable Development Agenda 2030.

It also witnessed the launch of the G20 Charter Initiative with Africa, which stressed the importance of partnership with African countries.

Ibrahim bin Abdulaziz Al-Assaf, Saudi minister of State, cabinet member and president of Saudi Arabia’s delegation participating in G20 Hamburg stressed that the kingdom already had a “strong and old relationship with Africa in various economic and developmental aspects”.

He also warned from the potential risks of the negative effects of digitisation on traditional employment, urging countries to reform the labour market.

Al-Assaf also touched upon women’s economic participation, and pointed out that the kingdom’s Vision 2030 focussed on supporting Saudi women by developing their talents and enabling them to obtain suitable opportunities in the labour market.

The kingdom has also “committed itself to implementing the Sustainable Development Agenda 2030” as part of the Vision 2030 plan, which aims to improve the lives of citizens and promote economic growth.