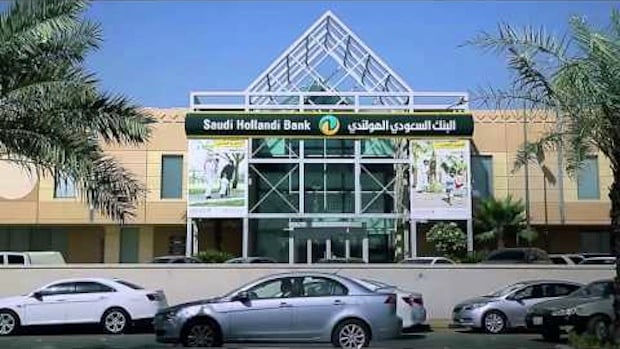 Saudi Hollandi Bank said on Wednesday that it would meet with shareholders to discuss changing the name of the kingdom’s oldest lender.

Industry sources familiar with the matter told Reuters that the name could be changed to First Saudi Bank under a rebranding.

The bank did not elaborate on the new name in a brief statement to the stock exchange nor address speculation among bankers in recent months that a 40 per cent stake in Saudi Hollandi, held by a consortium that includes Royal Bank of Scotland, Banco Santander and the Dutch government, could be sold to a strategic investor.

Founded in 1926 as the first bank in Saudi Arabia, the lender was originally part of the Netherlands Trading Society and was set up to serve haj pilgrims from the Dutch East Indies, now Indonesia.

In its statement, the bank said shareholders would be asked at a meeting on Oct. 31 to authorise the board of directors to select a new commercial identity for the bank.

The consortium has been seeking to sell its stake for several years and recent speculation has suggested a sale might be close.

An industry source told Reuters on Wednesday that the Saudi central bank was keen for the stake to be sold to a foreign bank with a strong reputation, but that finding such a buyer was proving difficult. Central bank officials could not be reached to comment.

Saudi Hollandi also said on Wednesday that managing director Bernd Van Linder would leave the bank on Dec. 31 after submitting his resignation. He is leaving for personal reasons when his contract expires, having led the bank for 10 years, it said, adding that a successor would be named before the end of the year.