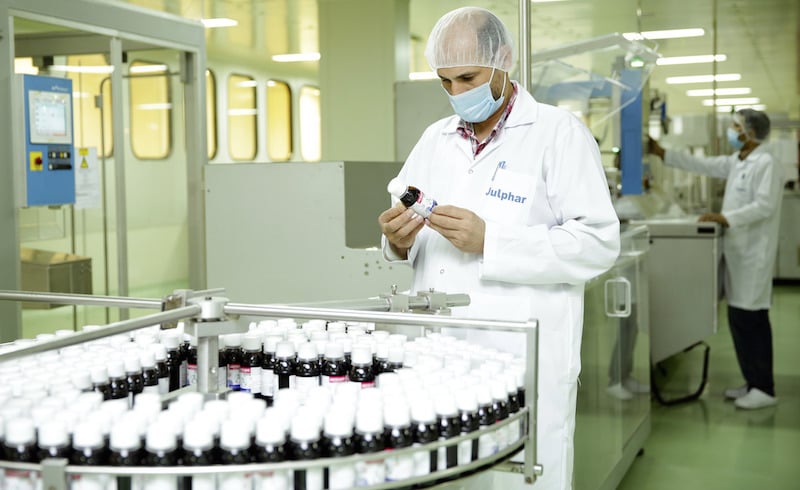 The Saudi Food and Drug Authority (SFDA) said on Sunday it had temporarily suspended imports of drugs from the UAE’s Gulf Pharmaceutical Industries, known as Julphar.

The regulator said it enacted the suspension and withdrew some products from the market after it found a “lack of adherence to the principles of good pharmaceutical manufacturing”.

This came after an inspection of the Julphar’s factory where it “monitored many irregularities that affect the safety of manufactured products”.

Drugs approved for withdrawal include all concentrations of Enoxirt, select operating numbers of Narapril 5mg, 10mg and 20mg and two variants of the Julmentin injection.

Exoxirt and Julmentin are used to treat bacterial infections and Narapril for high blood pressure.

The SFDA called on patients to ask their doctors for alternatives to the drugs affected and to report any side effects of the drugs to the National Centre for Vaccine and Drug Safety. 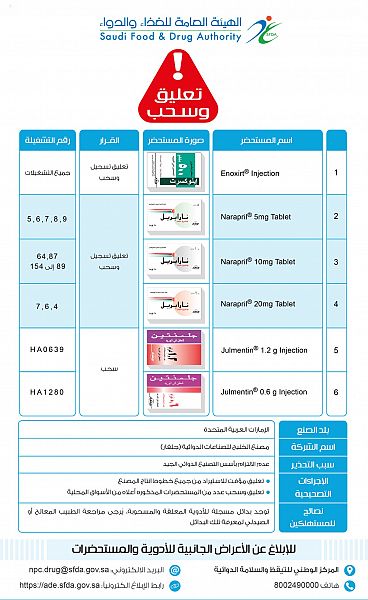 “We have learned that our license to export products to Saudi Arabia had been temporarily suspended,” Julphar general manager Jerome Carle said in a statement issued on Monday.

“At Julphar, we take this issue very seriously and we are working hard to fix it. It is important for us to cooperate fully with the Saudi authorities to identify the root cause of the problems, fix the issues and ensure we get everything right.”

Carle that added the company would work with customers and regulators to help resolve the issue in a “timely manner” and sales would continue in 50 other markets.

“It is important to note, that Julphar’s products that are stored with our Agent and Distributors in Saudi Arabia are still permitted to be sold in the Kingdom,” he said, adding that the company would provide further updates.

Profit also declined 25 per cent from Dhs64m to Dhs48m ($13m) after the implementation of new IFRS 9 and IFRS 15 accounting standards, the company said.