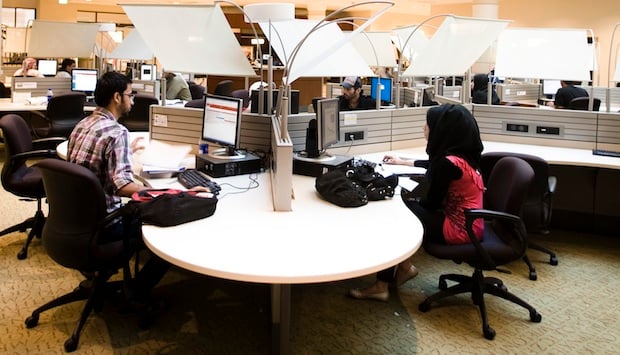 Saudi graduates are reportedly growing frustrated with the increasing number of relatives and family members of university presidents and officials granted roles at the institutions.

Two of the president’s sons are assistant lecturers in the business college and one of his daughters works in the college of applied sciences, according to the publication.

Other roles given to family members included another son serving as an assistant lecturer at the computer science college and two daughters of his brother that are lecturers.

The name of the university was not disclosed.

Other staff at the university also secure employment for their family members including the daughter of a senior officials appointed as a technician and brother of a professor worker as a head of department.

“It was very easy to find out the appointment of family members as academic staff from their names. This has irked university graduates who do not find jobs,” a source told the publication.

“We don’t have to dwell deep in our research to find out family connections in academic appointments at Saudi universities. However, we raise the question whether family relations had any role in those placements, without considering academic qualifications.”