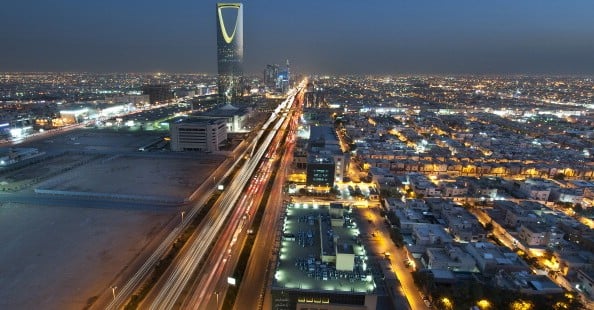 A Saudi court has sentenced one man to death and another 19 to jail for the deadly storming of the U.S. consulate in the Red Sea city of Jeddah in 2004, one of a series of al Qaeda attacks last decade.

Another 19 people were convicted on Monday of plotting to hijack a Western airliner, scouting a Westerners’ residence and planning to attack a royal family member. They were given jail terms ranging from 12 months to 25 years, the official Saudi Press Agency (SPA) said.

The suspects were all being tried on charges of belonging to a “deviant group”, SPA said, an apparent reference to al Qaeda. A further 16 people were due to be sentenced on Tuesday.

In the 2004 attack, five people stormed the the U.S. consulate with bombs and guns, killing four Saudi security personnel outside and five local staff within. Three of the attackers were killed in the assault and two were captured.

SPA said late on Sunday that, among other charges, “suspect number six”, as he was identified in the court statement, was convicted of participating in killing five people at the consulate, including four Muslims, and in planning another attack against foreigners in Tabuk in northern Saudi Arabia.

The authorities will publicly display the body of the man after he is executed. SPA said all defendants were given 30 days to appeal.

The Jeddah attack followed other deadly bombings and shootings against expatriate compounds, Westerners working in the kingdom and other targets that were part of an al Qaeda campaign aimed at ousting the ruling Al Saud family.

The assaults convinced the Saudi authorities to take seriously the threat posed by al Qaeda, which some leading members of the ruling family had previously disregarded, U.S. embassy cables released by WikiLeaks show.

Riyadh crushed the al Qaeda campaign in 2006, detaining more than 11,000 people in its security prisons, it has said.

Families of some of those imprisoned have staged protests accusing the government of jailing them without fair trial, holding prisoners without charge, failing to release them after their terms were served, and torture.

International human rights groups have also accused the authorities of locking up peaceful activists who demanded political change, under the pretext of their battle against al Qaeda. Riyadh has repeatedly denied both sets of accusations.