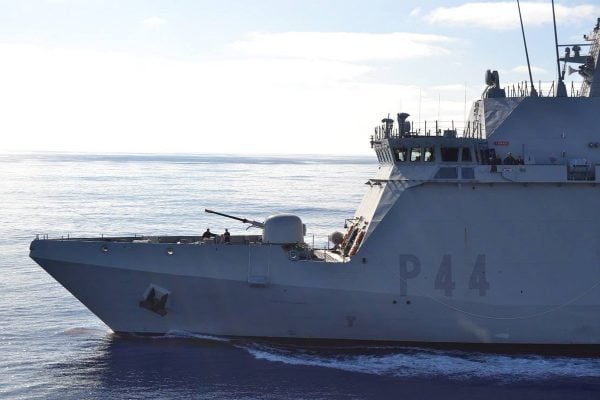 It covers the design and construction of five Avente 2200 vessels in a programme that will start this autumn.

“SAMI remains committed to being a key enabler of the Saudi Vision 2030, and the establishment of this joint venture with Navantia will localise more than 60 per cent of ships combat systems works including, installation, and integration, which contribute in kingdoms objective to be at the forefront of shaping the local military industries ecosystem,” said SAMI chairman Ahmed Al-Khateeb.

“We will continue to explore collaborations and leverage partnerships that meet our key mandate to localise more than half of the kingdom’s total military spending.”

Workers in the kingdom will supply the combat systems for all five ships, while the fourth and fifth vessels will be finalised and delivered in the kingdom, according to the announcement.

The joint venture will contribute to increasing the capabilities of the navy to meet potential threats and maintain the readiness of the Royal Saudi Arabian Navy fleet, Saudi Press Agency said.

The last vessel will be delivered by 2022.

SAMI was formed in May 2017 by sovereign fund the Public Investment Fund to boost the kingdom’s domestic defence industry. It aims to contribute $3.7bn to GDP by 2030.