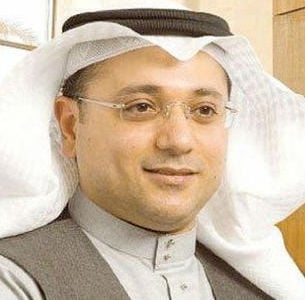 A Saudi-based investment firm is planning to launch a first-of-its-kind private equity fund in the Middle East that will solely focus on investment in the fast-growing education sector in the Gulf Arab region, its top executive said.

Itqan Capital, a unit of Bahrain’s Al Baraka Banking Group, is eyeing up to $200 million for the fund that it plans to launch with Bahrain-based school consultancy firm D3 Consultants in 2014, Itqan Chief Executive Adil Dahlawi told Reuters on Monday.

The fund launch underscores rising appetite among investors for education-related investments in the Gulf Arab region, home to a rising young population and a growing middle class whose standards of living are increasing steadily thanks to strong economic growth.

“We are pushing the envelope today. We are saying, if you want to start an investment on the education side, be fully dedicated to that and don’t come into it only seeking returns. There is a social commitment to this which we want to adhere to,” Dahlawi said.

Itqan signed a memorandum of understanding with D3 Consultants on Monday to form a private equity fund that will initially focus on the primary education sector in the region and especially in the six-nation Gulf region.

The two companies plan to provide initial capital for the fund and expect it to launch by the first half of next year after receiving necessary regulatory approvals, Dahlawi said.

The fund will seek to acquire and operate schools throughout the region before moving to higher education, the CEO said.

“In any market you need to establish yourself in primary education first and then you can expand into the higher education sector,” he said.

The Gulf’s education market is expected to be about $40 billion in size with the private education sector accounting for about 14 per cent of the overall market size, Itqan said in a press release announcing the MoU with D3.

The number of male and female students in the Gulf will rise to 11.3 million, while the number of higher education students is expected to increase by five per cent to 1.9 million students by 2020, Itqan said in the press release.

Despite that, private equity firms in the region invested only about $275 million in the sector between 2005 and 2009 through 13 acquisitions, the firm said.

“Its not easy getting onto the education sector. It’s a tough market, especially on the regulation side. Every country has its own set of rules with regard to licensing, accreditation etc,” Dahlawi said.

Saudi Arabia is the largest market for education services in the Gulf, accounting for about 75 per cent of total student outlay, according to Itqan.