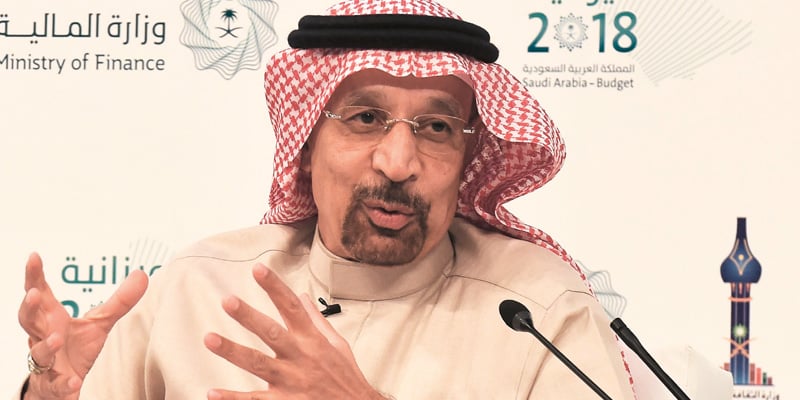 OPEC and non-OPEC countries struck a production supply agreement in January 2017 to remove 1.8 million barrels per day from global markets and end a supply glut.

The cuts helped lift oil prices to current levels of around $65 per barrel. The oil producers will convene in June in Vienna to discuss further cooperation.

“We know for sure that we still have some time to go before we bring inventories down to the level we consider normal and we will identify that by mid-year when we meet in Vienna,” Falih told Reuters in an interview in Washington.

“And then we will hopefully by year-end identify the mechanism by which we will work in 2019.”

It was unclear what oil supplies would need to be in 2019, he said.

Falih has previously said that OPEC would do better to leave the oil market slightly short of supplies rather than ending too early the output cut deal.

Falih said on Thursday there is a general acceptance among producers that further coordination “does not necessarily mean maintaining the same level of cuts.

“It just means that the mechanism has worked and they have committed to work within that mechanism for a much longer period,” he said. A new framework “requires agility” and “a willingness to do things differently in terms of what levels of production as the market dictates.”

Saudi Arabia and Russia have spearheaded efforts to reduce global oil stockpiles to their five-year average, ending years of oversupply sparked by the rapid rise in production from shale oil producers in the United States.

Despite continued rapid growth in output from the United States, Falih said he did not consider the shale industry to be a threat.

Without shale supplies, he said, global supplies would have been tight.

Saudi Arabia needs high and stable oil prices if it is to succeed in turning the planned share listing of state oil company Saudi Aramco into the world’s biggest share sale.

Saudi Arabia is planning to list up to 5 per cent of Saudi Aramco in the offering. A successful IPO could give the company a total valuation of up to $2 trillion, making it the world’s biggest oil company by market capitalisation.

Falih said the kingdom may still move forward with the planned initial public offering (IPO) in the second half of 2018, despite previously raising doubts it could be delayed to next year.

The timing of a float would depend on market conditions and the kingdom is ready to execute the IPO “at any time”.

“We have prepared all documentation to be ready to do both domestic and international listings,” Falih said. “We have not closed the door on 2018.”

He said the kingdom needed to be sure “that the market is ready and is this an optimum time to execute.”

Falih said the company could be floated either domestically or internationally late this year. New York is still in the running for the IPO, but Saudi officials still need to weigh the potential legal risks of a listing in the United States, he said.

“We have concerns obviously Aramco is too big and too valuable and too important,” he said. “We could be potentially at risk from some frivolous lawsuits and litigation that we have to consider in our final decision.”

Legal challenges could arise from a US law that would allow US victims of militant attacks to sue foreign governments for compensation.