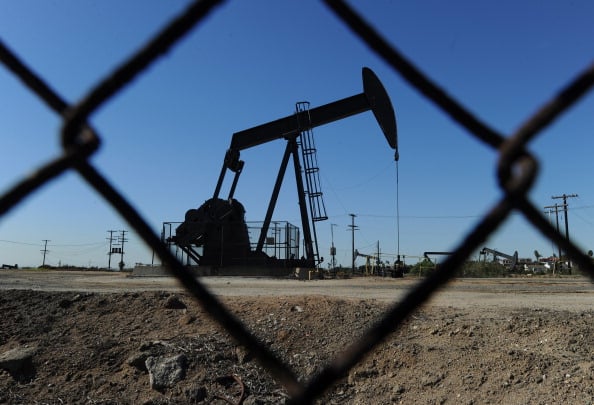 Saudi Arabia will only agree to an output freeze if other producers including Iran do the same, the country’s deputy crown prince has said.

He added the kingdom would cap its output at 10.3 million to 10.4 million barrels per day if a deal was reached.

“If we don’t freeze, then we will sell at any opportunity we get.”

His comments come as at least 15 oil ministers meet in Doha today to continue talks on a proposed deal to freeze oil output.

Iran’s oil minister Bijan Namdar Zanganeh has said he will not attend the meeting and will not be a signatory to any deals that would limit the country’s production. Tehran is returning to previous output levels after nuclear related sanctions against it were lifted in January.

On Saturday, Kuwait’s acting oil minister Anas Al-Saleh said he was optimistic about reaching an output freeze deal, according to Bloomberg.

Crude oil prices have risen more than 30 per cent since the meeting was first proposed in February.

Prince Mohammed said he would support a deal if OPEC reaches a consensus and suggested a price increase to $60 or $70 a barrel would be a strong factor to push forward the kingdom’s development plans.

However, he insisted other countries were suffering much more from low prices than Saudi Arabia.

“But this battle is not my battle. It’s the battle of others who are suffering from low oil prices.”

The prince also revealed the country could significantly increase its output if it wanted to, with 11.5 million barrels a day possible immediately and 12.5 million within six to nine months.