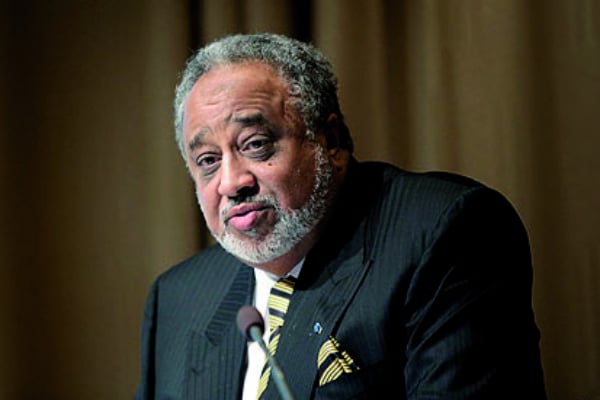 Saudi Arabia has freed Saudi-Ethiopian businessman Mohammed Hussein al-Amoudi more than 14 months after he was detained in a crackdown on corruption, the latest in a flurry of releases as the kingdom faces intense scrutiny over its human rights record.

Amoudi, whom Forbes once called the richest man in Ethiopia and the second-richest Saudi, was among scores of members of the Saudi business and political elite rounded up Riyadh’s Ritz-Carlton Hotel in November 2017 on the orders of Crown Prince Mohammed bin Salman.

The campaign, decried by some critics as mere power play by the powerful young heir apparent, unsettled foreign investors whom Riyadh is courting to support ambitious economic reforms.

Amoudi’s release follows that of several other businessmen last week.

Ethiopian state television was the first to report he had been freed. A family office spokesman said Amoudi had returned home to the western city of Jeddah.

Ethiopian Prime Minister Abiy Ahmed also confirmed Amoudi’s release on Twitter, saying he had raised the issue with Prince Mohammed during a trip to Riyadh last May.

Amoudi, in his 70s, became a multi-billionaire investing first in construction, agriculture and mining in Ethiopia, where he was born, and then purchasing oil refineries in Morocco and Sweden. Forbes valued his fortune at more than $10bn in 2016.

Some of those detained at the Ritz were released after agreeing secret settlement deals with the Saudi authorities, which say they expect to seize more than $100bn this way.

It is unclear how much — if any — of Amoudi’s wealth he may have handed over to the state in exchange for his release.

The Saudi authorities did not immediately respond to a request for comment.

At least eight other people held as part of the corruption crackdown were released last week, sources told Reuters. They include businessman Amr Dabbagh, former Makkah mayor Osama al-Bar, and Ibrahim al-Muaqel, who headed the Human Resources Development Fund under the then labour minister, Adel Fakieh.

Fakieh is believed to still be in prison, along with former Riyadh governor Prince Turki bin Abdullah and Saudi-American physician Walid al-Fitaihi.

Bakr bin Laden, who was chairman of builder Saudi Binladin Group before the state seized more than a third of the family-run firm last year, was released temporarily last week to attend a funeral. It was unclear if he would return to detention.

After the Ritz reopened to the public last February, those still being held were transferred to other locations, including a Riyadh prison.

The public prosecutor said last year that detainees who refused to settle with the government would be put on trial, but his office has not provided a public update in nearly a year.

Dozens of clerics, intellectuals and activists are also still believed to be held in an apparent crackdown on dissent over the past 18 months. Among them are several women’s rights activists held since last summer.

The authorities have accused some dissidents of belonging to the outlawed Muslim Brotherhood and supporting Qatar, which is locked in a dispute with Riyadh. Some detainees have reportedly been tortured, which the government denies.

Muslim clerics Mohammed al-Mohaisany and Mamdouh al-Harbi have also been released in recent days, according to activists and online videos showing them in public.