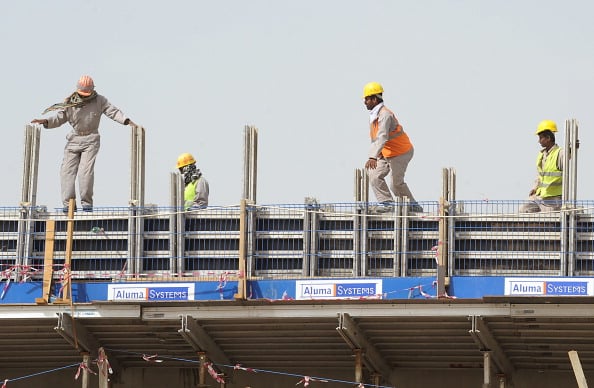 Saudi Arabia’s Ministry of Labour and Social Development has said it will mark the start of midday work ban for companies from next week.

The ban, which is enacted each year, is designed to protect construction workers and other staff from heat exhaustion when working outside.

Companies are banned from having their staff work under the sun from 12:00pm to 3:00pm from June 15 until September 15, according to a ministry statement to state-run Saudi Press Agency.

Temperatures during the period can reach as high as 50 degrees Celsius in the middle of the day in some areas and are unsafe for workers.

Ministry spokesperson Khalid Abaakhel said companies would have to organise working hours around the ban.

However, there will be some exceptions for governorates where temperatures are considered acceptable. These will be decided in coordination with local authorities.

Members of the public are encouraged to make enquiries or report breaches of the ban to the @MLSD_care Twitter account.

June 15 is widely expected to also mark the beginning of the Eid Al Fitr holiday.